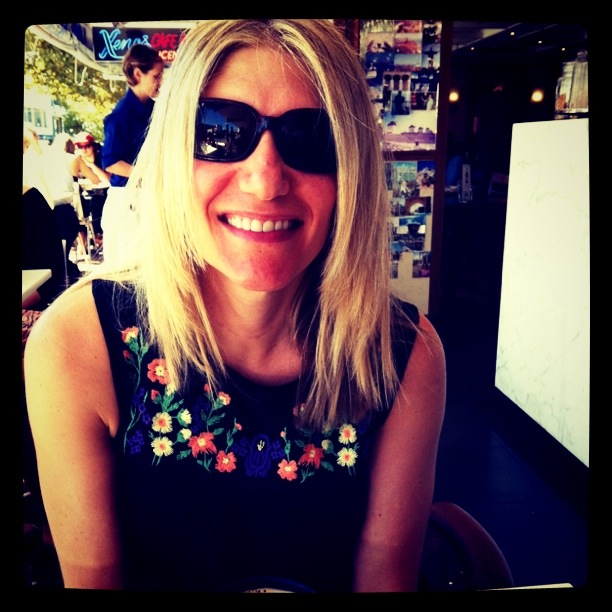 It’s a landmark day today. One year to the day since my first op to remove “Adam” my first and oh-so-tiny cancer and it’s the day that I finally get to go on the homecoming tour, that I had to cancel when I had my second surgery for the total thryoidectomy!

I’m up super early – there’s so much to still do and so little time in which to do it! First stop is Weight Watchers, but only to pop in and make my excuses for an extra long absence. One of the conditions of being a Lifetime Member is that you have to weigh in at least once a month, and I would hate to be penalised for having a happy holiday! I give them the heads up on my hols and warn them that I won’t be able to weigh until May! It goes without saying that, after last night’s curry fest I decline the kind offer to step on to the scales and instead beat a hasty retreat and run off to the gym!

I manage to do a bit of interval training before flexing my muscles in my last pump class – for a while! That’s what I call one for the road! David’s up and about with the birds too, and is also living it large at the gym this morning so after all that physical exertion, we go and undo all our good work with a big breakfast at our favourite local cafe! Yesterday was the last supper, and today it’s the last breakfast!

We  have some other errands to run in the neighbourhood and then rush home for that last minute packing before heading off to the airport. Every other time I’ve travelled long haul the airport has been stoved off, but luckily today it’s almost deserted! We even have time to sit outside on the terrace and do a bit of plane spotting! Time flies by (excuse the pun!) too fast and before we know it, it’s time to bid farewell. Saying goodbye always sucks but today David and I are very stoic and put a brave face on it! After all, we’ll only be apart for 5 days before we’re reunited! We’ll just suck it up!

I cruise through customs and securitywithout so much as one alarm bell ringing which indicates I am much less radioactive than I first thought! Do you know that I know 4 people flying from Sydney today (my workmate Emily, my brother Ryan and two students,) and that not one of them is flying at the same time as me! Bah! I am so Sammie-no-mates and wander lonely as a cloud around the departure lounge with my last few Aussie dollars burning a hole in my wallet! I break the bank on some duty free nail polishes and a running magazine – all of which I figure are quintessential to my fitness and wellbeing!

The plane is packed and the first leg of the flight pretty smooth. I’m determined to stay awake on this leg and sleep on the flight that follows. I have a total film fest and catch up on three fantastic movies, New Years Day, The Help and The Descendants. Trust me to choose all the tearjerkers! As a result, I spend most of the flight running to the toilet for tissues and then weep wimpily into them. I also manage to lose an ear ring which the flight attendant gallantly searches for with his flashlight. It causes a lot of unwanted attention, I think with the effort he’s going to, everyone must think I’ve lost a outsize diamond, they all seem a bit disappointed when I show them the one earring that I still have in my possesion!

We stop in Singapore for an hour which just about gives us time to drag ourselves and our stuff off the plane, walk to the departure gate, endure another set of security and then board the plane again! That was so not worth the effort! Of course, I stay awake long enough to eat and then catch up on some zzzs. I seem to be doing interval sleeping. I nap for an hour, wake up, enjoy a snack, a walk up the aisle and/or a toilet stop and then repeat the whole process again!