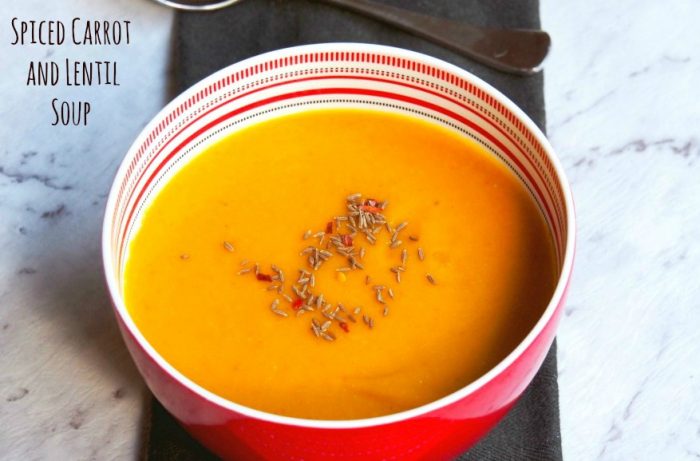 This delicious spicy soup is both hearty, healthy and low fat too. It tastes good and it’s good for you too.

This recipe has had an extreme makeover, both in terms of words and pictures. I used to make this soup in the slow cooker but to be honest, it’s so quick and so easy, I’ve found it easier to make it in one pot, either on the stove or in the Thermomix instead.

Lately, I’ve been a very forgetful cook. The other day I steamed some vegetables in the Thermomix but forgot to turn the temperature on and today, I went to make this soup only to discover I had forgotten to add the lentils! Doh! As if all that wasn’t forgetful enough, I borrowed a book from the library that I’d already read before but I didn’t realise until half way through. I’m taking solace in the fact that my doctor once told me that if you can remember that you’re forgetting, then there’s nothing to worry about!

Here’s hoping that the burst of iron from this soup will give my brain a well needed boost! Talking of boosts, if you want to make this soup richer, creamier and prefer your soups thicker rather than thinner, try adding a little coconut milk at the end. Nom nom!

Have you got a good memory? Are you a fan of one pot cooking? 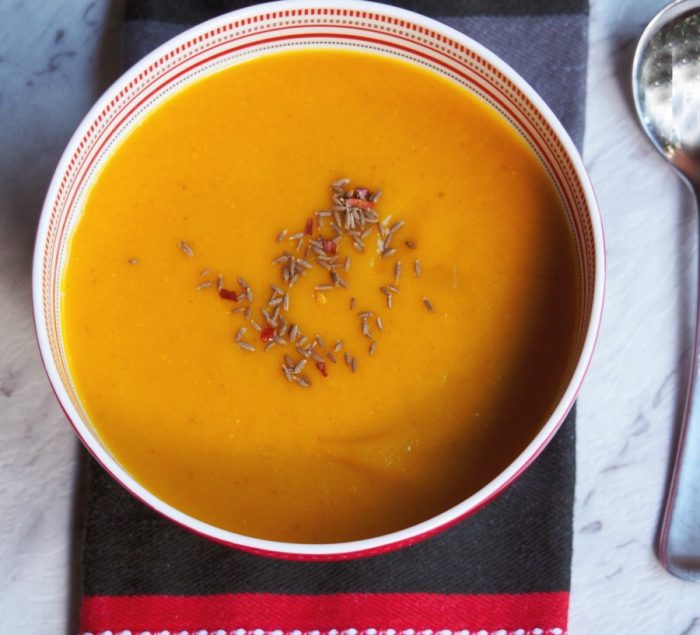 Plain yoghurt (or coconut yoghurt for a vegan option) to serve 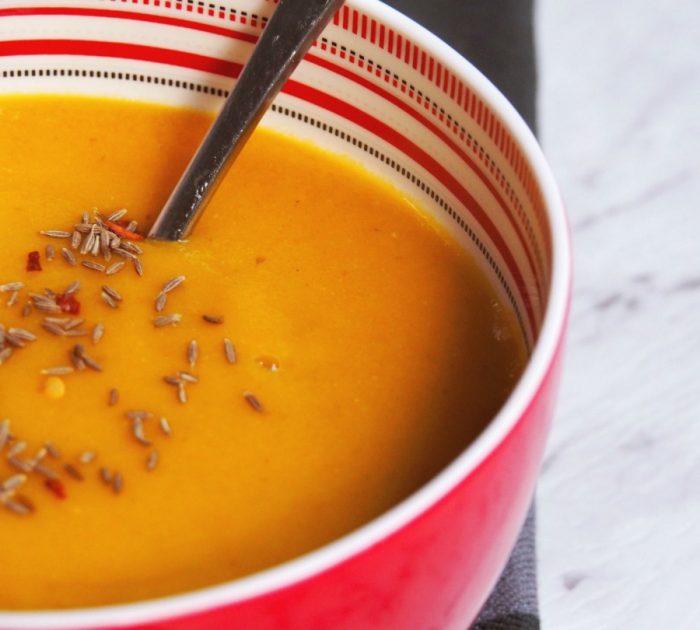 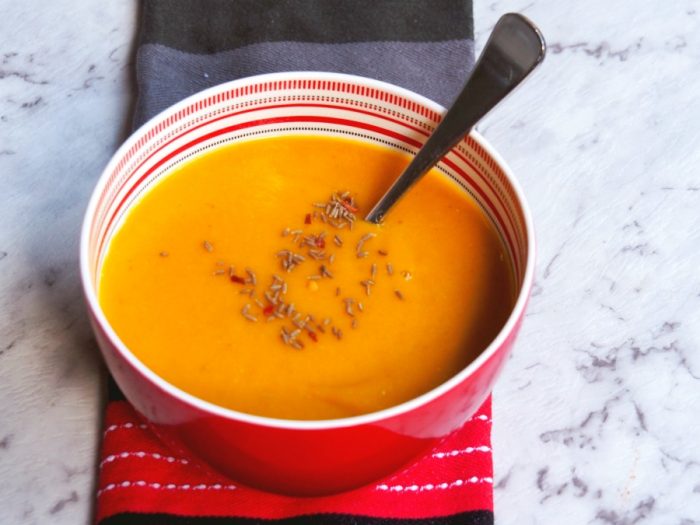 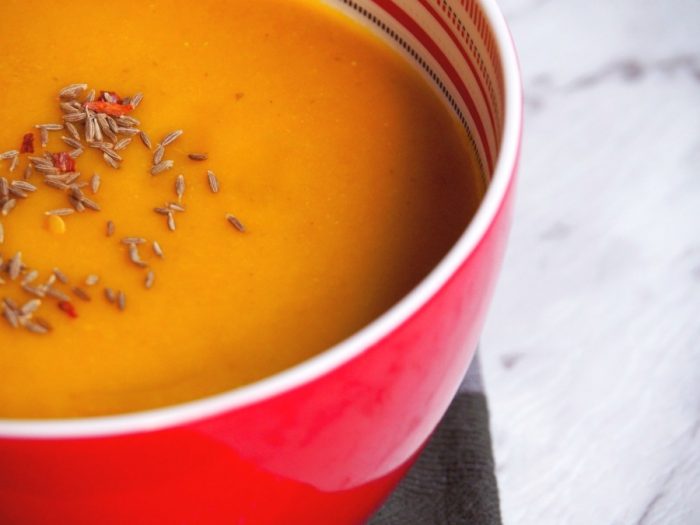