No one is invincible. Even me. I found this out the hard way. 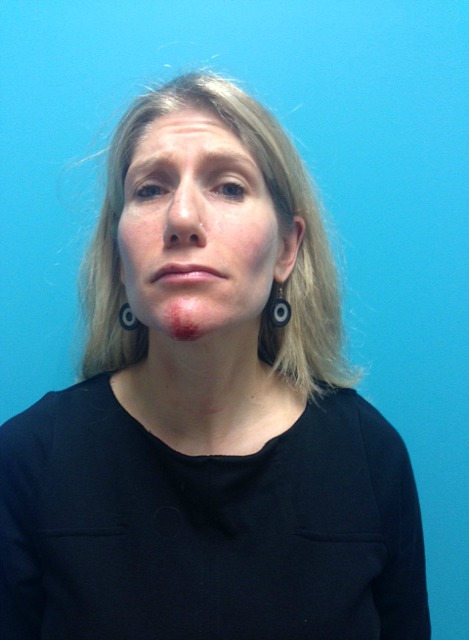 My mum always says how your life can change in twenty seconds flat. Mine changed in about 2 seconds. Time moves fast.

I was having fun on my run, with my head in the clouds and the wind in my hair when I decided to have a fight with the pavement. My decision was so spontaneous, the first I knew about it, was when my chin broke my fall with an almighty smack.

A very nice man, came to check I was tickety boo, which I was, just as soon as I realised I still had all my teeth. It was bad enough that I fell, but the shame of being caught in the act was quite unbearable. I thanked him politely and ran off into the fog like something out of a horror movie.

Just like a horror movie too, there was blood, and guts, but of the true grit variety. I’d only completed 1 kilometre out of 5, I still had a mission to accomplish. So off I trotted, fat lip, bleeding chin and with an impressive selection of cuts and grazes, I must have looked quite a sight running the streets before dawn.

The last time, I suffered a similar injury, I was twenty years younger, intoxicated and wobbling in 4 inch stilletoes down a hill, so I kind of had it coming.

I’d love to say my fall today was a direct result of  of the fog or my shoddy night vision, but there’s no reason why, it was just because. However, I have to run with the positive here.

1. It’s my first fall in almost four years of running, now that’s quite an impressive track (excuse the pun) record.

2. Thanks be to my chin for being my trusty crash  stop mechanism, better to fall on my chin than flat on my face.

3. I didn’t break anything – it could have been a lot worse.

4. Adrenaline is a wonderful thing, I ran a personal best!

My injuries look worse than they feel. My bloody bits are guaranteed to gross out even the strongest of stomachs. But they won’t last forever. At least I hope they won’t.

I dropped in at the dentist, who said my teeth seem safe for now and suggested a soft food diet. Low iodine and soft food – what a delicious combination! Not!

I must be on a roll, literally, because I tripped on the pavement in the city at lunch, successfully trashing a pair of tights, opening old wounds but most of all, denting my pride even further. Clearly, I have no shame! My sore knees don’t hurt as much as my battered pride.

I was relieved to make it home in one piece. No more tumbles. No more falls. Just band aid, savlon and a glass of wine to keep me steady!

Have you had any embarrassing moments recently? Spill!