It’s official! I have the most expensive butt cheeks in town.  I’m also radioactive, but only a little bit.

When we were looking for our new place, being close to the hospital was top of my wish list. I’m pleased I got my wish because yesterday I was up and down there like a yoyo.

There were  blood tests which were promptly followed by an ultrasound. There then followed some time out, which I chose to take at home, before I headed back at lunchtime to get my radioactive wiggle on.

There was a little chat with the doctor before Farah bought in my personal capsule which was safely ensconced in this container. 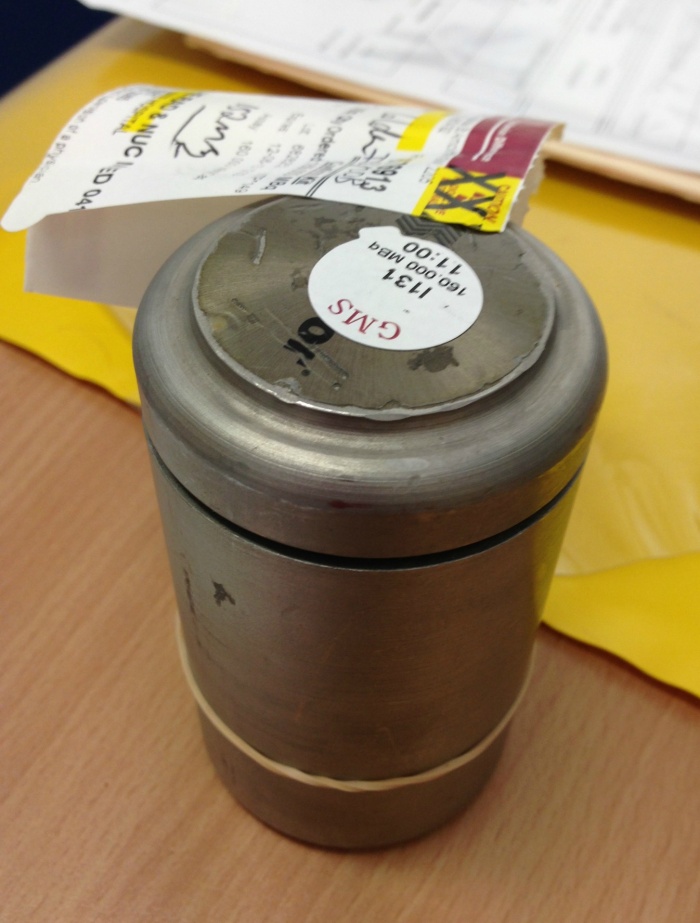 Even though my dose is teeny tiny compared to my radioactive treatment, Farah still stepped out of the room for the procedure. I had to hide my disappointment that there was no dry ice when I opened the container but there was no time to dilly dally in a disappointed way because I had a bitter (and radioactive) pill to swallow! With one swift  motion, I tipped the vial, dropped the capsule into my mouth and downed it in one! Impressive!

I had to spend ten minutes radiating in my afterglow before I was allowed home to brew. I now get to bask in my radioactive glory  until my scan tomorrow. Let’s hope when I get under that scanner it’s all go, and no glow!