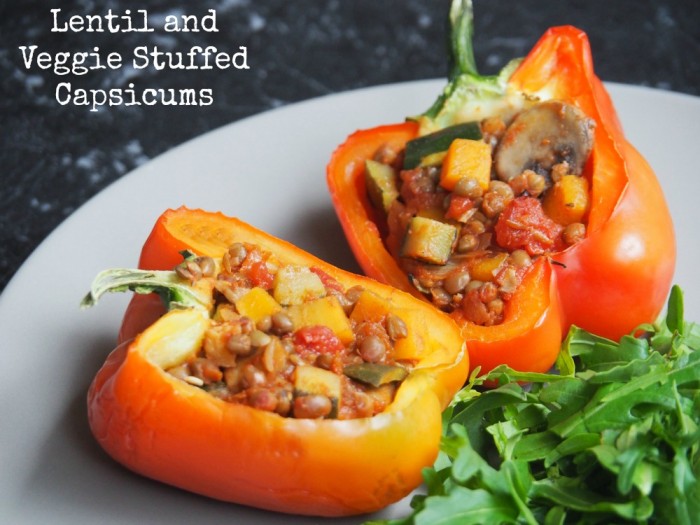 I’m a bit obsessed with stuffing capsicums, I’ve stuffed them with bolognese, rice and beans and now veggies and lentils. I’m always on the lookout for when capsicums are reasonably priced or when I can find the odd bunch at the supermarket.

These caps are a great choice for Meatless Monday. I love that this recipe uses lentils rather than rice, which means less carbs and more protein. They’re also super filling and super tasty. This recipe also has the advantage of being low iodine (if you use lentils and tomatoes with no added salt) although it’s so yummy, you would never know! I wish I had discovered this recipe when I was on the low iodine diet – how delicious they would have been!

1 can brown lentils, rinsed and drained (no added salt, if eating iodine free)

1 can chopped tomatoes (no added salt, if eating iodine free) 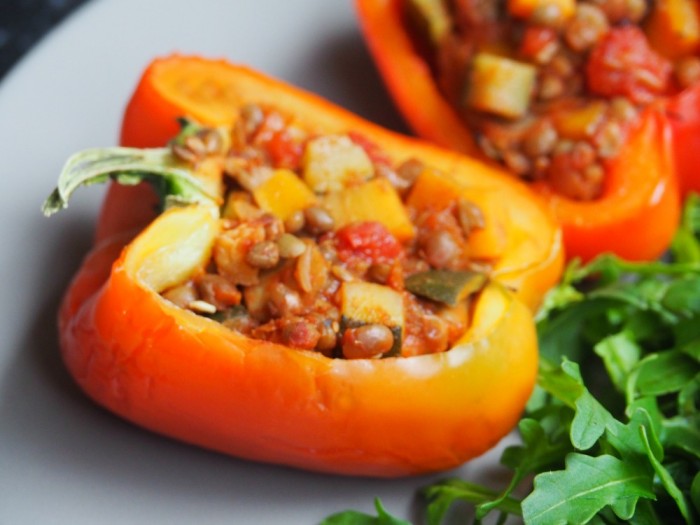