I love live music. My first documented foray into live bands was on 18 November 1998 to see the Stereophonics. Although my memory is seriously lacking, I know this to be true because I saved the tickets from every concert I’ve ever been to from that date forward. Geeky but true.

On Monday 20 February 2006 David and I went to see James Blunt in Brixton Academy. Here is the photographic evidence. I have the ticket in my gig book. 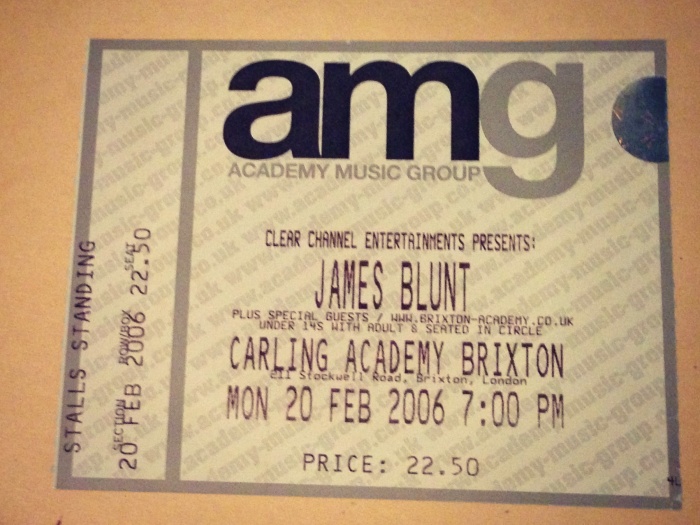 On 7 July 2005 there were a series of co-ordinated terrorist attacks across London. I will never forget that day as long as I live. I worked in the burbs in those days and David commuted to the city. Luckily, he slept in that day, and by the time he started his commute, the trains were already stuffed up and he had to abort his journey half way where he met some of his  colleagues. They decided to take the bus but the queues were too long. Had the queues been any shorter, he may well have been travelling on the very bus that was bombed. In the end, he walked to work. When I heard the news, I was gripped by terror because I knew David could have been on one of those trains or on that bus. The fear was suffocating.

Turns out he was fine. I remember how he had to run home as public transport was gridlocked. I remember how I ran up the road to meet him and how grateful I was that he was home safe. We were the lucky ones. I also remember the song, Goodbye, my lover. Whether it was on the radio, on my ipod or in my head I can’t quite remember,  but  to this day whenever I think about that day, I hear that song. And vice versa.

So in a really weird way, because of that day James Blunt has a special place in my heart.

He’s a man of many contradictions. He used to be a soldier but now he’s a singer. His stature is  small but his voice is big. He’s frightfully posh but swears like a trooper (excuse the pun.) Most of his songs are sad but he’s got a wicked sense of humour. He’s a talented musician but a daggy dancer.

Now the cool kids won’t be joining James’ fan club any time soon. Lots of people hate him, and lots of people love him, and I fall into the latter category.

Last night, we saw him at the State Theatre along with a mixed crowd of golden oldies, some Gen Y-ers and some real randoms. As time goes by, I prefer smaller venues and these days I’m such a nana I choose venues  I can be guaranteed a seat for the duration. I love the heritage listed State Theatre. It’s like taking a step back in time and is art deco heaven. It’s a great place for a gig because it’s small enough to feel intimate but big enough to hold a crowd. 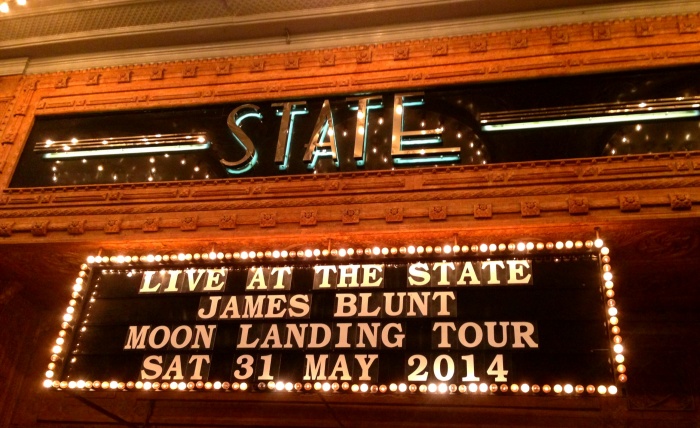 Despite the fact that most of his songs are sad and slow, James did everything in his power to persuade people to get to their feet, with considerable success. Even if he did have to resort to crowd surfing. 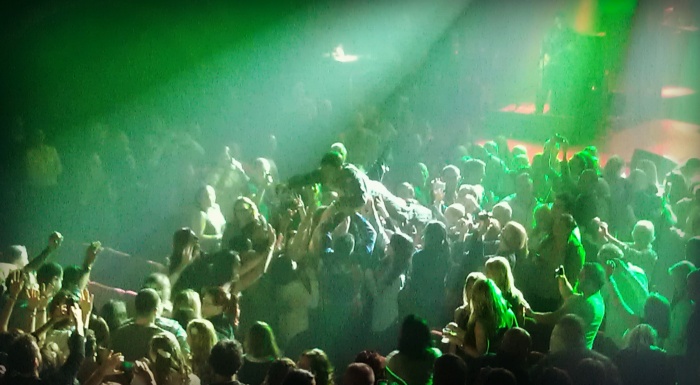 The audience participation continued when he turned down the lights and asked the audience to light up the auditorium with their mobile devices. Everyone obliged. 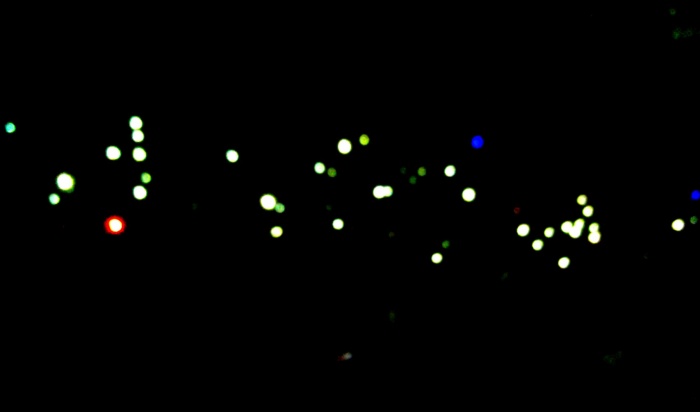 We declared it the best gig we’d been to for a long time. This is for two reasons; a) because we haven’t been to a gig for a  long time and b) because it was a great gig. A really  great gig. 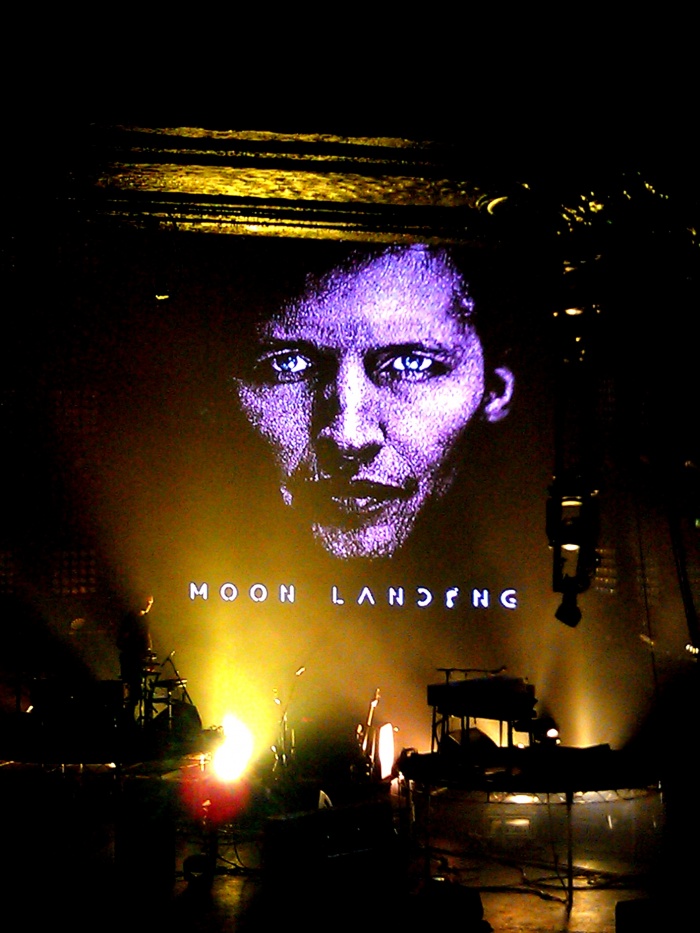 James was on good form.

However, some of the audience were very anti-social and clearly needed a crash course in Gig Etiquette. After a thorough analysis, I have come up with my 5 Top Tips to be a Great Gig Goer.

1. Try not to talk all the way through the performance. Other people have come to hear live music, not where you are  going for your next holiday.

2. Check that your seat number and ticket match. This saves a whole heap of awkward moments and seat shuffling later.

3. Take a photo if you like, but holding your phone mid air for the entire performance is so not cool. Other people have come to watch a live musician, not their image on your mobile screen.

4. Using your phone as a camera is cool, spending the performance checking social media and surfing the net is not.

5. If you want to stand in a seated venue, bear a thought for the people in the front row who paid top dollar to be up close and personal with the artist,  not your rear end. Th aisle is a good place to show your enthusiasm.

Have you got any tips for  good gig etiquette? What’s the best gig you’ve ever been to?