So I met David on the internet,  which was hands down the best 35 quid I ever spent.

Although we didn’t really “meet” on the internet, we just kind of crossed paths and exchanged emails there. We first met (IRL – In Real Life) in an Irish pub in Leicester Square on 21st November 2004.

As it was we nearly didn’t meet. I had already bailed on David twice, because I was either too tired, too skint or too busy “washing my hair” and was seriously considering taking another rain check, because, well, being London it was really raining. But I knew that if  I cancelled again, it wouldn’t be a case of third time lucky, more like three strikes and you’re out. So off I went, out into the night.

The first date was fun, mainly because David plied me with double vodkas (that I thought were singles) all night. The next day, I had a catch up with my bestie to give her the full date report. “Well, ” I announced, “he’s bald, he’s really skinny and he’s got a hairy chest.” You know I can’t remember what I did last week, but I can remember what she said next as if it was engraved on my brain, “now Sam, you better not tell anyone else that, because one day you might marry the guy and it could be really embarrassing.” At which point, I scoffed and laughed until my belly hurt and my hangover kicked in.

Of course, I went to work and told everyone that David was skinny, bald and had a hairy chest and then had a little lie down in sick bay before class. Because you know double vodkas and thirty five year olds aren’t really a great mix. 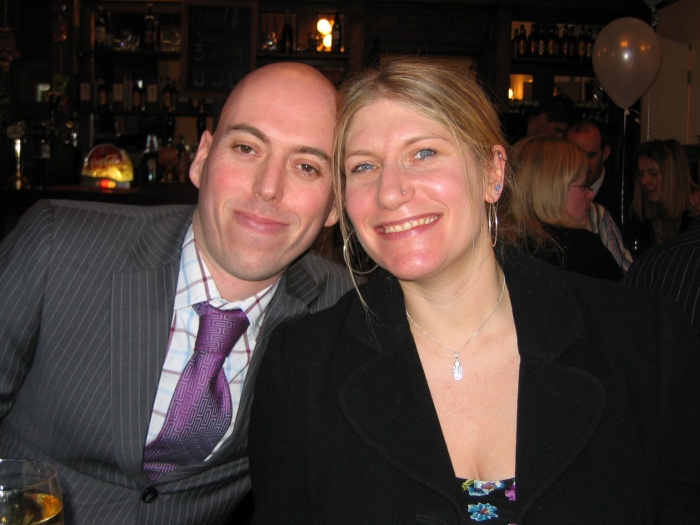 After a year I got a ring on it and 18 months after that, we tied the knot.  As I’d already stretched the truth, I decided honesty was the best policy and came clean about how I’d told every man and his dog that he was  bald, skinny and had a hairy chest. In my defence, I had also added that he was hot, funny and the best thing since sliced bread. 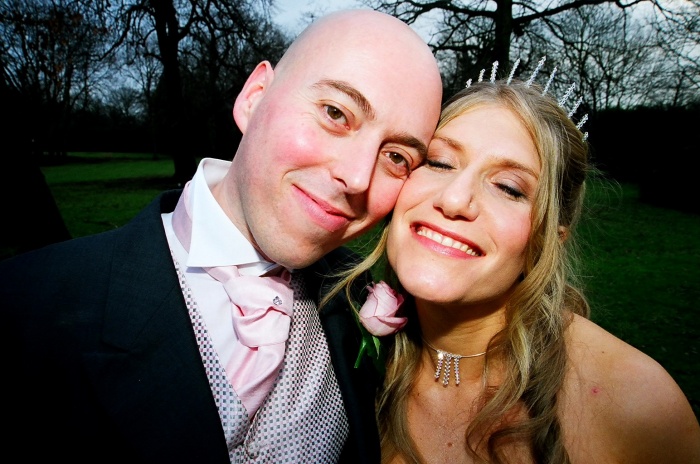 Anyway, 10 years later, he’s not quite as skinny but he’s still bald, still has a hairy chest and I still think he’s hot, funny and the best thing since sliced bread. We celebrate our meet-a-versary with as much gusto as our wedding anniversary because really we wouldn’t be able to celebrate either one without the other, and life’s too short not to have another knees up.

This year is a big one – we’re in double digits! The last decade has been jam packed; one engagement, one wedding, one honeymoon, one move across the globe, three homes, five different jobs, two touches of cancer, one blog and a whole heap of fun stuff on the side. It’s been quite a ride!

It’s just another reason I love the interwebs. I keep telling you, it’s full of good people.

How many anniversaries do you celebrate? One or two?