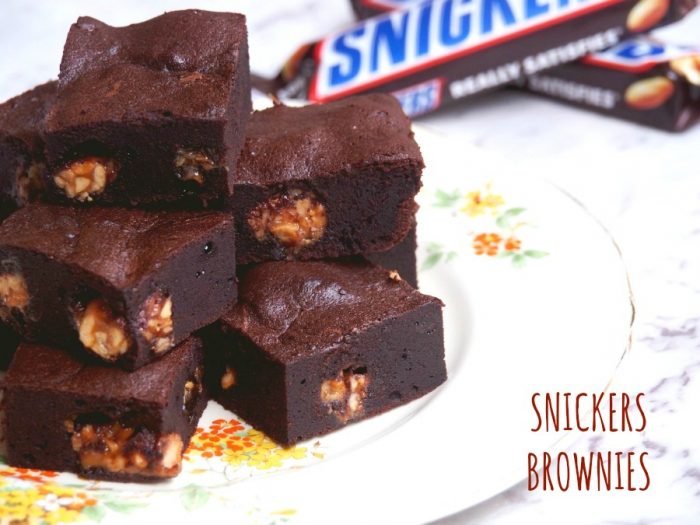 When I was growing up a Snickers bar was called a Marathon. It took me years to get used to the name change but whatever you call these bars of nutty caramelly delicious, I just can’t resist them. It appears that Snickers bars have universal appeal. Before we came to live in Australia we came on an extended holiday and our friend Ria stayed in our flat. A few days after moving in, she heard running in the loft, it sounded like an athlete was olympic training. We thought that maybe her imagination was working overtime, but the rooftop athletics continued when we got home. It turned out that a squirrel had turned our loft into it’s play pen and apart from his athleticism, he was also rather partial to chewing vital domestic wiring and infrastructure. The squirrel was on borrowed time when we called in the pest control guy who said he could catch him with a trap and a Snickers bar. I thought the whole Snickers thing was very dubious but it worked a treat, for us anyway, the squirrel not so much!

Funnily enough, I’ve just finished a wonderful book, Britt Marie Was Here where the main character feeds a rat, with yes, you guessed it a Snickers bar! It seems that Snickers is the chocolate of choice for all creatures great and small!

I’ve updated this recipe with traditional instructions, a reduction in sugar and a tweaking of the recipe. These days, I prefer to cut the Snickers into chunks and fold them through the brownie batter, so that there are mini delicious chunks in every brownie bite. The nuts go extra toasty, the caramel goes all gooey and the whole thing is just one giant chocogasm (and yes, a chocogasm is totally a thing!)

Have you ever had uninvited guests in your home? What’s your favourite chocolate bar? 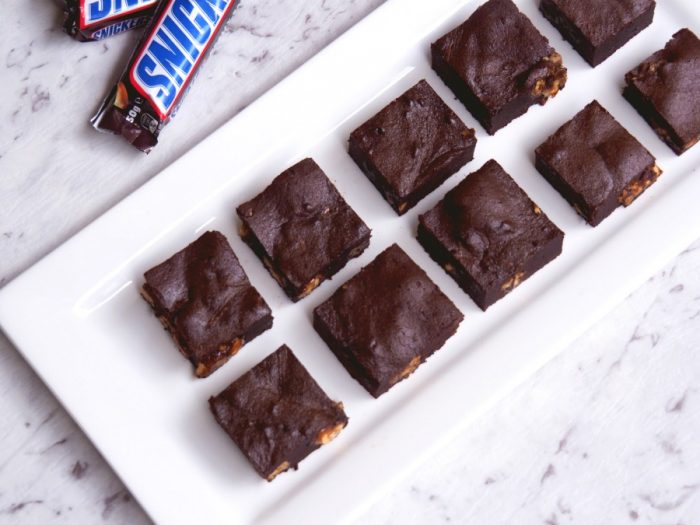 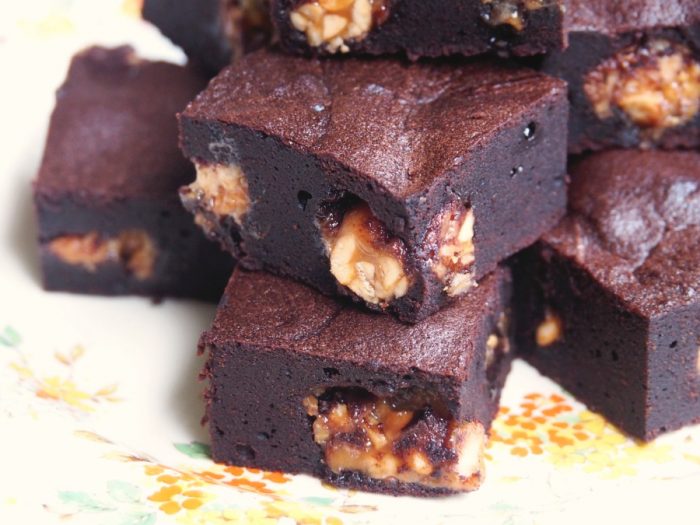 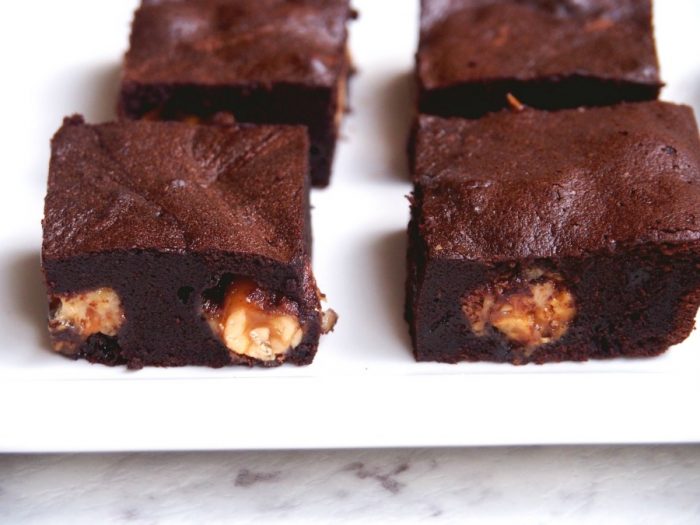