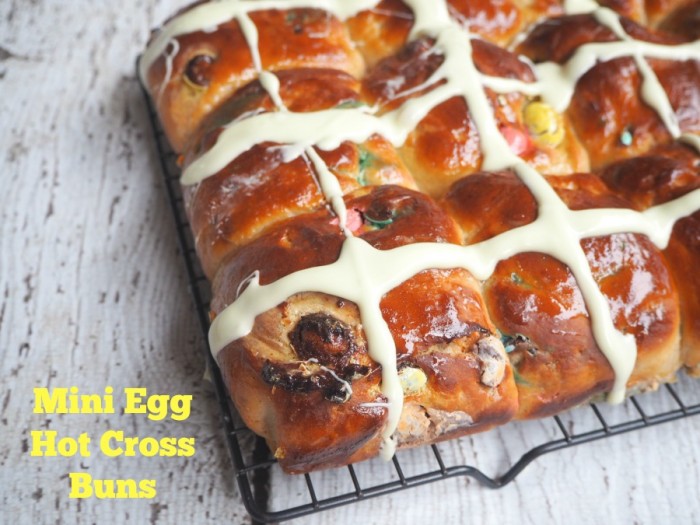 Can you believe I have never ever made a Hot Cross Bun? No, neither can I. This year I was determined to pop my Hot Cross Bun cherry and concoct a bun that everybunny would love. The thing is David doesn’t like dried fruit of any kind, so I knew my buns would have to be fruit free and a bit left of centre. Lauren from Create Bake Make has been the Queen of Buns this year, with almost every kind of Hot Cross Bun you can imagine, from Cranberry and White Chocolate to Mars Bar flavours! However, we had half a bucket of Mini Eggs that were begging to be baked, and so that is how, this weekend,  the Mini Egg Hot Cross Buns were baked ‘n’ born. With the right amount of chocolate melt, a classic crunch and the white choc cross top, I think these buns are rather like me; unorthodox, colourful and  sweet! I’ve used Lauren’s basic ingredients and her basic method  but she’s also converted the recipe to the Thermomix here. 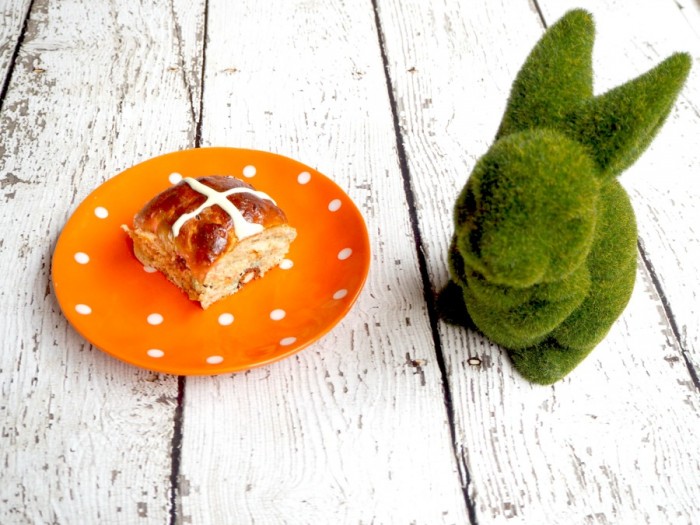 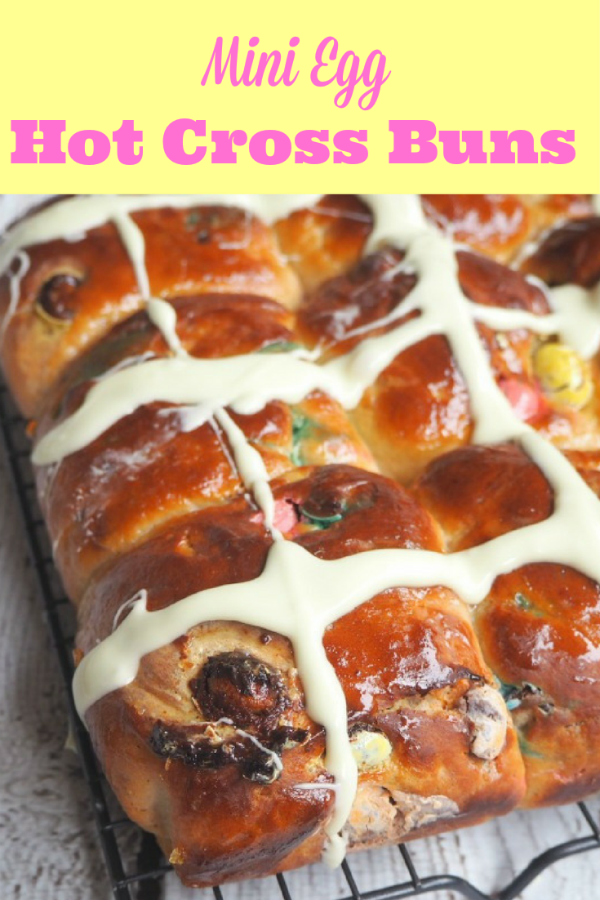