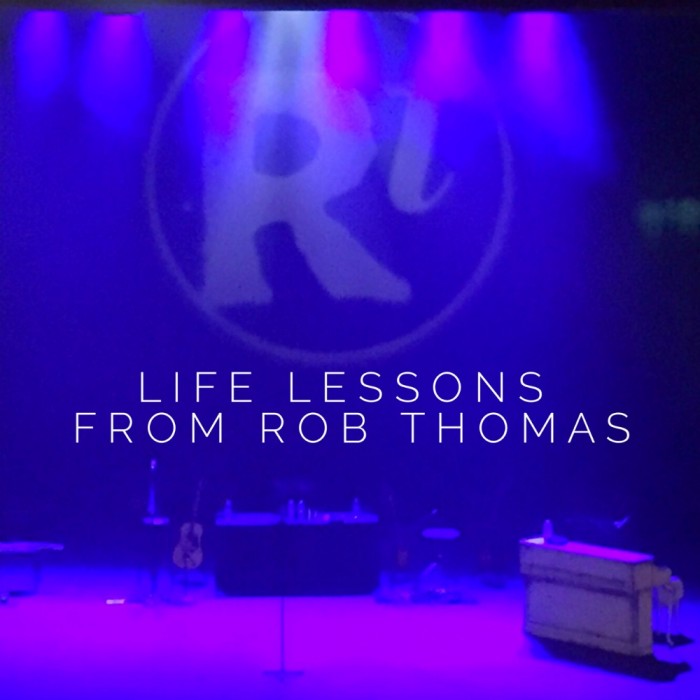 I am a lover of live music from way back. I have loved Rob Thomas for what seems like forever. I loved him when he was in Matchbox Twenty and I love him now he’s on his own. I love him every which way in fact. So when I saw that he was playing  one night only at Sydney’s iconic State Theatre, I nabbed us some tickets quick smart. 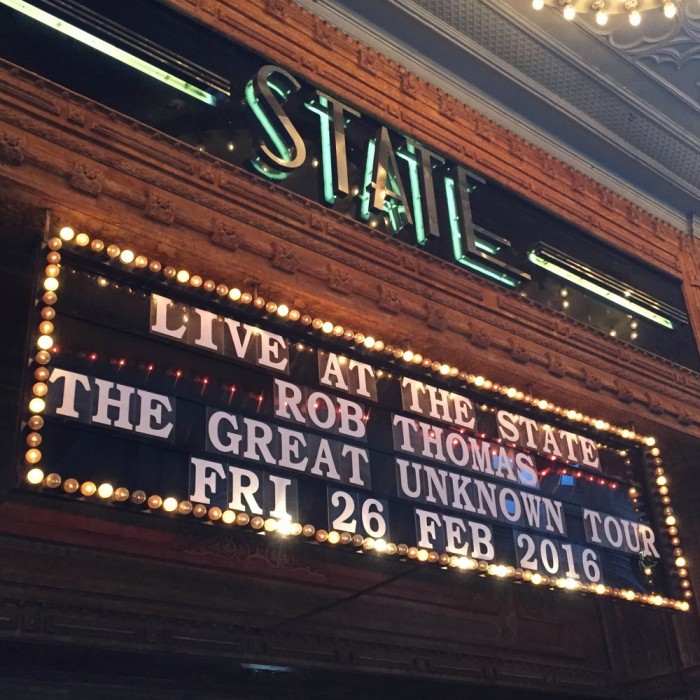 There are  so many reasons I loved that night; the warm, intimate feel that a smallish venue affords, the acoustic set, my date for the night and the fact that for once, I wasn’t the oldest person in the audience. But the thing I loved the most was the stories Rob told and the life lessons I learned from them.

When  you were a kid and in class,  if your friend told you something juicy, did they say, “pass it on”? Well, mine did and old habits die hard. So I’m passing it on. From Rob to me, and now from me to you (in my own words and as best I can remember.)

1. It’s the tough stuff that brings us together,

So, when everything is well in your world, it’s easy to be a good partner. You’re thirsty? I’ll get you some water. You’re cold? I’ll fetch you a blanket. You’re hungry? I’ll make dinner tonight. You get the idea.

But it’s when things go belly up and your partner faces a problem that  can’t be fixed  with a drink, a dinner or a blanket that you really have to work at your relationship because sometimes, there’s nothing you can do to help the person you love, except to show love, empathy and let them know that you’re there.

Rob’s not making this stuff up, he’s learned from  experience. He and his wife Marisol, have had their fair share of challenges, with Marisol battling an autoimmune disorder and last year having brain surgery. I know that after two touches of cancer and one stroke, neither of which were easy nor part of our plan, our relationship is far stronger and our love much deeper because of it.

I’m 44 on the outside, but if you take me to a bar or a pub, I still think I’m 24 on the inside and will drink wine accordingly.

It’s only the morning after the night before, that you really fully realise your age. Rob’s right,  a hangover never lies. If you don’t respect your body and your age, Saturday nights will hurt.

Embrace your age and respect it. This is who you are.

3. Your people matter. Let them know.

Spoiler Alert: We’re all going to die one day (let’s hope it’s not soon.) Even if you’re lucky enough to live a long life, it’s still a short period of time in the big scheme of the universe. What we do  while we’re here matters. What you do with the people that you love, that you let into your life also matters. Treasure those connections and take every opportunity to let your people know they matter.

Rob wrote this song about his dog, Tyler who by Rob’s own admission, knew more about life than Rob did. He always knew the right thing to do and the right way to act and Rob sometimes didn’t. Rob talked of times he would walk the dog and it would be  cold and he would be miserable for no reason at all, and Tyler would look up at him like the happiest he could possibly be in the whole world, because he knew that he was having “a moment.”

5. Express yourself from the inside out

This song was different. It’s about his mum’s battle with cancer when Rob was just a teenager and he wrote it from the inside out. Rob says that writing from the inside is cathartic and liberating and that in writing so openly and honestly others might be able to relate and draw something positive from that experience. This really resonates with me, because I started blogging to let what was inside out.

I think being inside out is the way to go, it’s the ultimate in putting yourself out there and a much better alternative to being someone other people want you to be.

So there you have it. It’s true what they say, you really can learn new things every day. Well, I can anyway. Thanks, Rob.

What’s the most important life lesson you’ve learned? Have you ever been to a life changing gig?