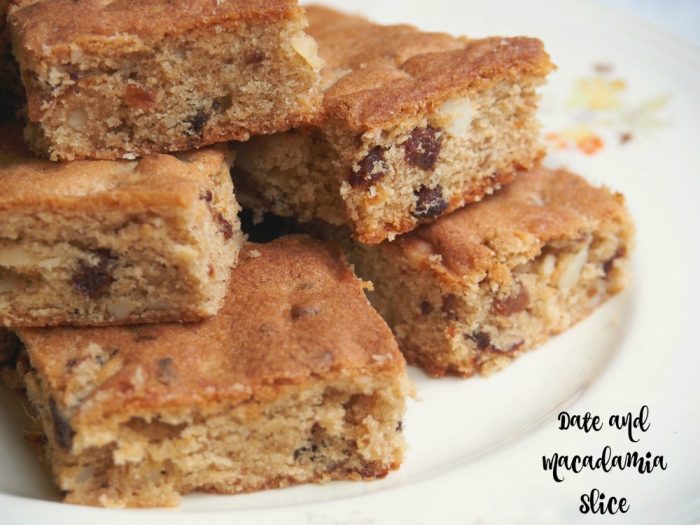 As I embraced my inner minimalist, my neighbour and I agreed that we wouldn’t buy each other gifts this Christmas, we’d make each other a gift instead. There’s nothing new here as we seem to have an all year round food exchange going on. However, my neighbour went away over Christmas and New Year and I missed her so much  not just because it was a long time in between catch ups, but because there was no one to taste test my food, or at least taste test the food with dried fruit in it. Dried fruit is David’s hard limit!

I was so pleased when my neighbour returned home from her Christmas adventures, especially when I saw the abundant bounty of fresh goods from the farm; some ripe and juicy ruby grapefruit, fresh rosemary and the most delicious Macadamia nuts. I had to bake something with the macadamias almost immediately because I could not resist the temptation to inhale the whole jar. The struggle was real I tell you!

This slice is totally old skool but I love it because it’s quick, easy and you can find almost all of the ingredients in the pantry – I don’t know about you, but the ingredients list includes some of my favourite baking staples. In fact, this slice is so delicious, that I have made it time and time again since it’s first inception, it’s my new favourite. Everyone will go nuts for it, I promise!

What are your pantry staples? Are you a fan of dried fruit or is it a no go for you too? 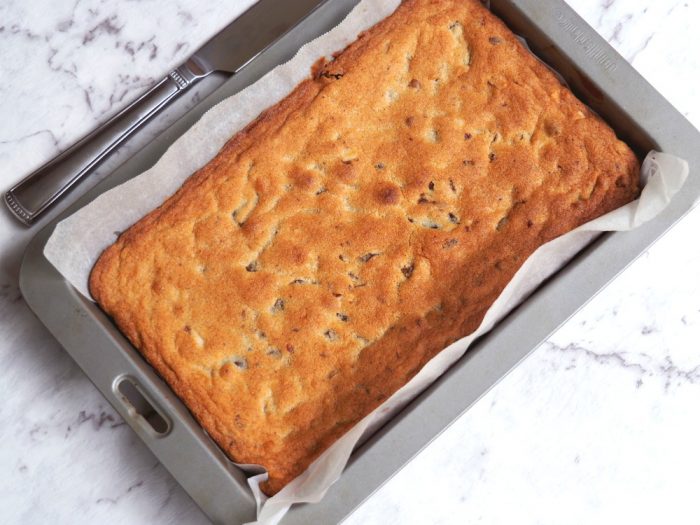 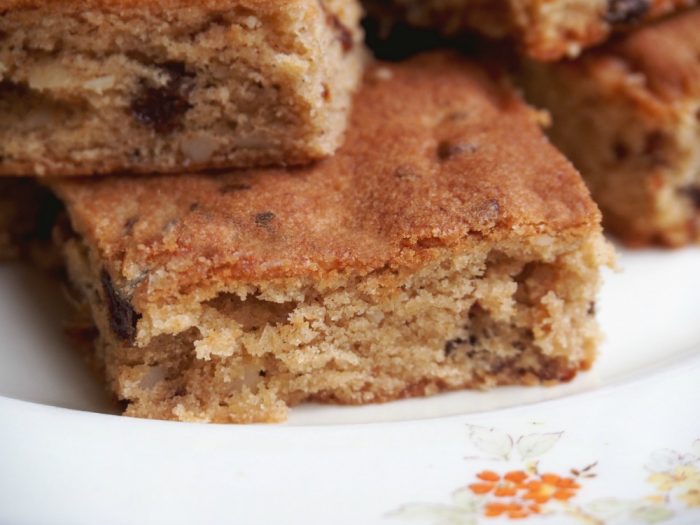 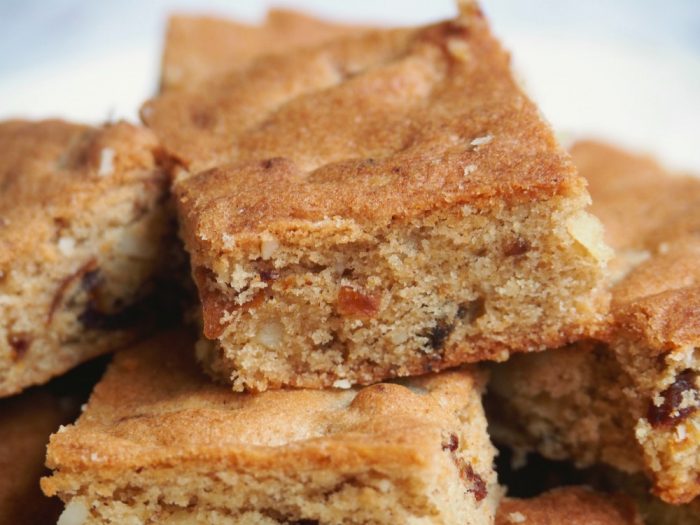 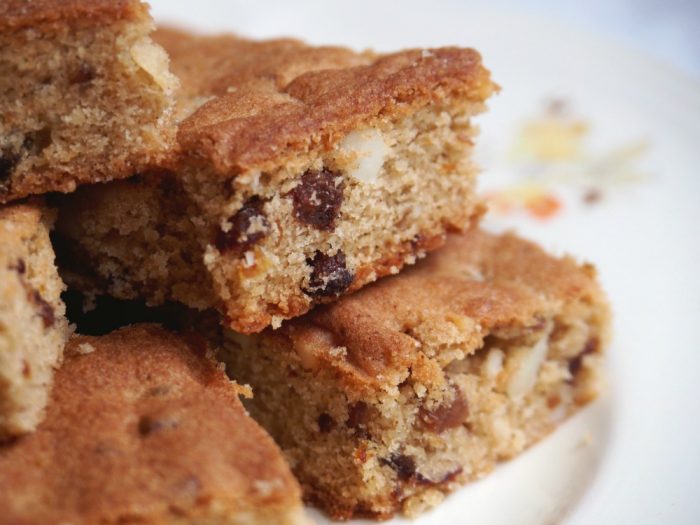