Right about this time last year, me, along with about 2000 other ladies ran the night. I loved it so much I decided to do it all again this year and last night was the night. 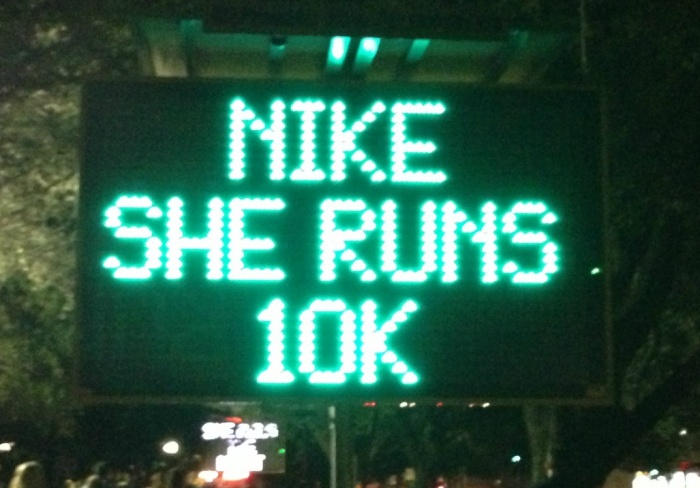 This year,  Nike have really gone up a gear and the event was bigger and better than ever, with more runners (over 6000!) , a new outside venue and some exciting suprises. This year the race was named Run Unleashed and runners were grouped 3 ways; Lions leading from the front, Cheetahs setting new personal bests and the Tigers whose aim was to finish the race. Last night I was a cheetah. I was good to go. 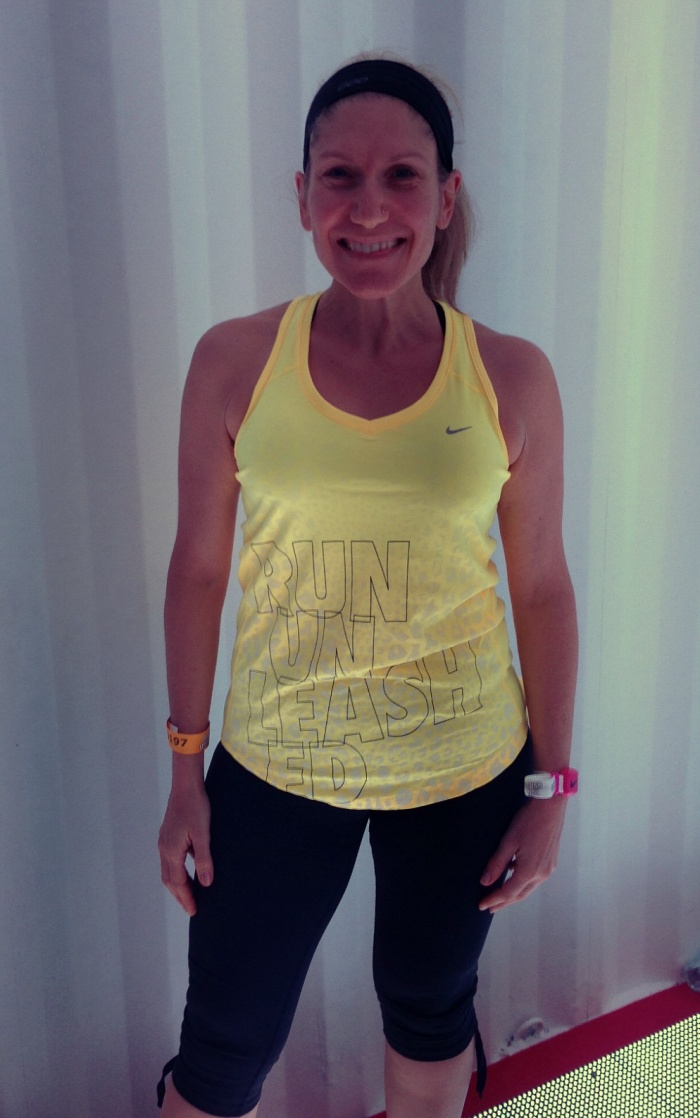 I couldn’t rally any troops for this event so I was a lone wolf runner but David pitched in and was a true pro in his role as Transport Manager. He dropped me off and I followed the other runners and a path of pink trees to the main event. Talk about babes in the wood! 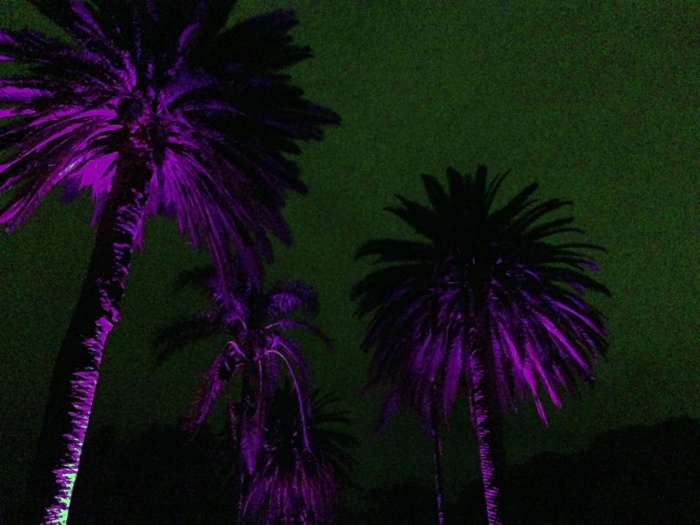 The race pack this year was as impressive as last. It included the quintessential running top, a timing tag (which niftily attached to your shoes) and the Xyloband. Once at the event, and once the tab was removed, the Xyloband flashed with wild abandon! Very exciting!

As this event is run by a multi million dollar corporation, they can afford to throw bucketloads of dollars into it which makes for an incredibly well organised and enjoyable event. Long queues for bag drop moved faster than the speed of light and although the toilet queues seemed to go on forever, queueing time was short and sweet and the portaloos clean and neat… with mirrors on the back of the doors! There was just time for last chance preening and even a last minute station to collect any essential items. 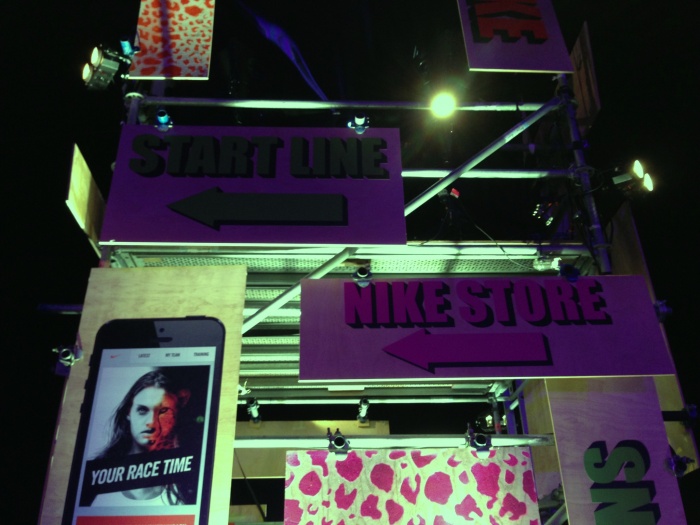 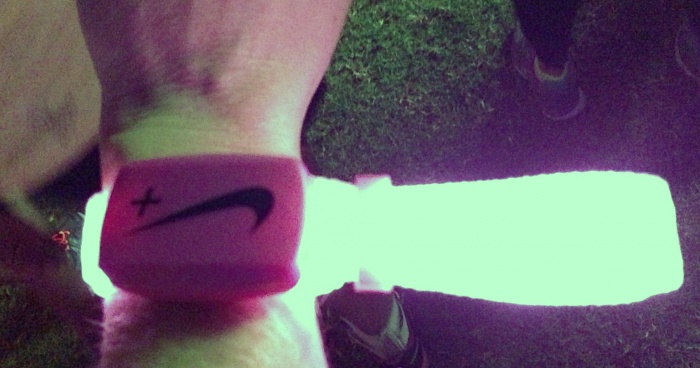 One of the reasons I love running so, is the feeling of community and belonging; working alone but essentially being part of a greater whole. Never have I felt that more than yesterday, 6000 girls (and a few guys,) running together all wearing the same. We were one. I was pretty pleased David stayed warm and toasty in a nearby cafe, I don’t know how he would have spotted me from the sidelines. If I had a dollar for every girl with an orange singlet and a blonde ponytail, I would be a millionaire by now!

Clearly, I should have eaten more carrots because I could see not a thing  on the darker parts of the course. Thank heavens for my trusty flashing xyloband  and all the other she runners with glo stick bracelets to guide my way. The course was pretty well lit with shining trees, pyrotechnics, funky music and the park paths lined with enthusiastic supporters and volunteers.  I didn’t run into any bollards which is a big improvement on last year!

It’s hard to blog and run at the same time. I wish I could have taken some shots of the course but I was too busy running to my goal for photo stops. To snap or not to snap, that is the question! I saw one runner with a camera strapped to her chest… if only my boobs were smaller!

The course was shorter this year measuring up to a tidy 10km which was quite enough for one night, thank you very much. I crossed the finish line in 56 minutes and 40 seconds which although wasn’t a Personal Best wasn’t my Personal Worst either. I guess it’s the best I could do on the night and for that I am thankful. 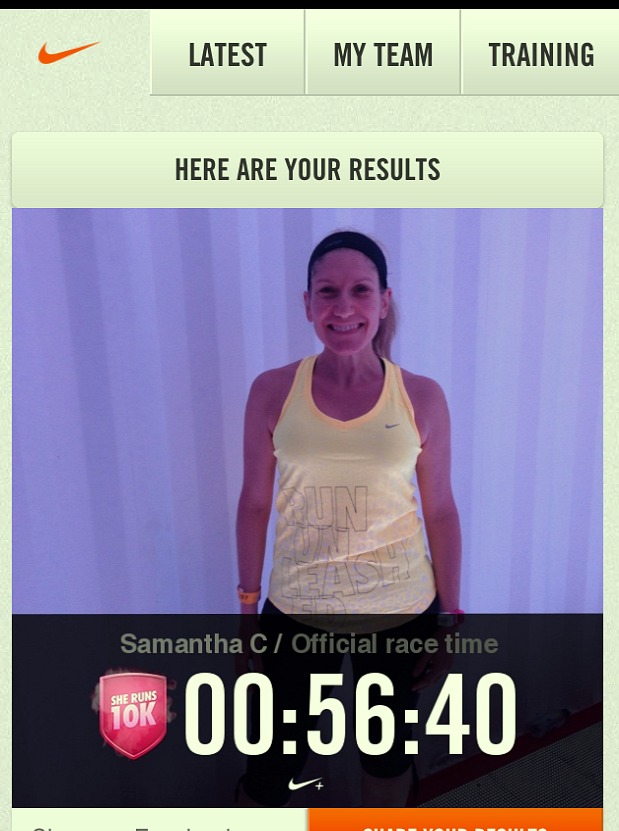 After the event, there were food trucks, chill out zones, cool tunes, a massage area and time to regroup and rehydrate. I didn’t have time to hang around as my chariot was waiting but it looks like those who stayed were in for a good night. 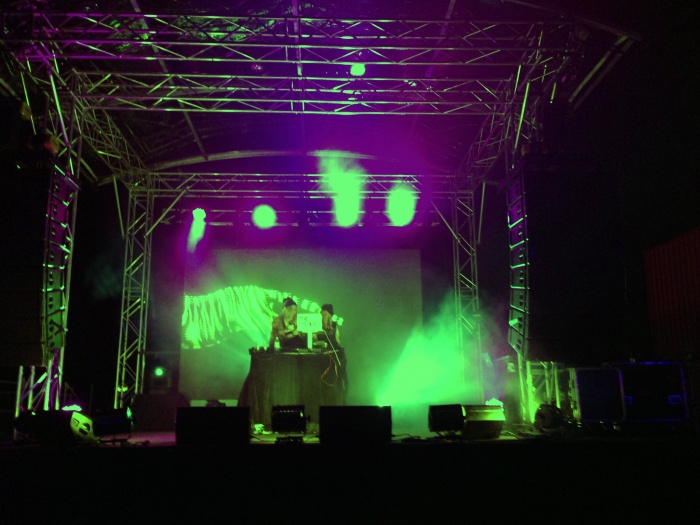 Tonight was pretty magical. I’m  lucky to be able to be  part of such a great event. I can’t wait for next year. I’m in! Are you? 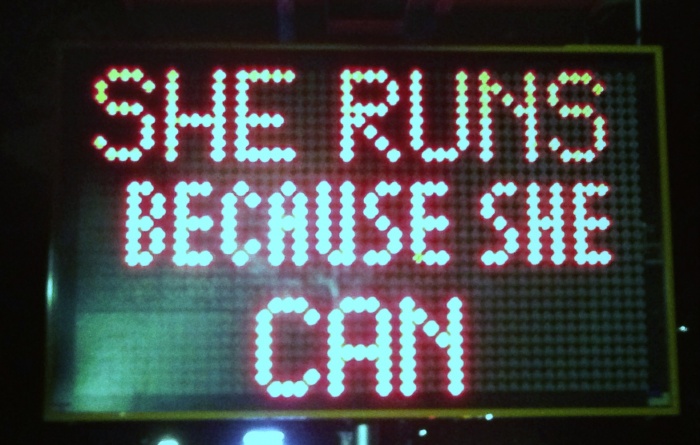 I run because it makes me happy. What do you do that makes you happy?