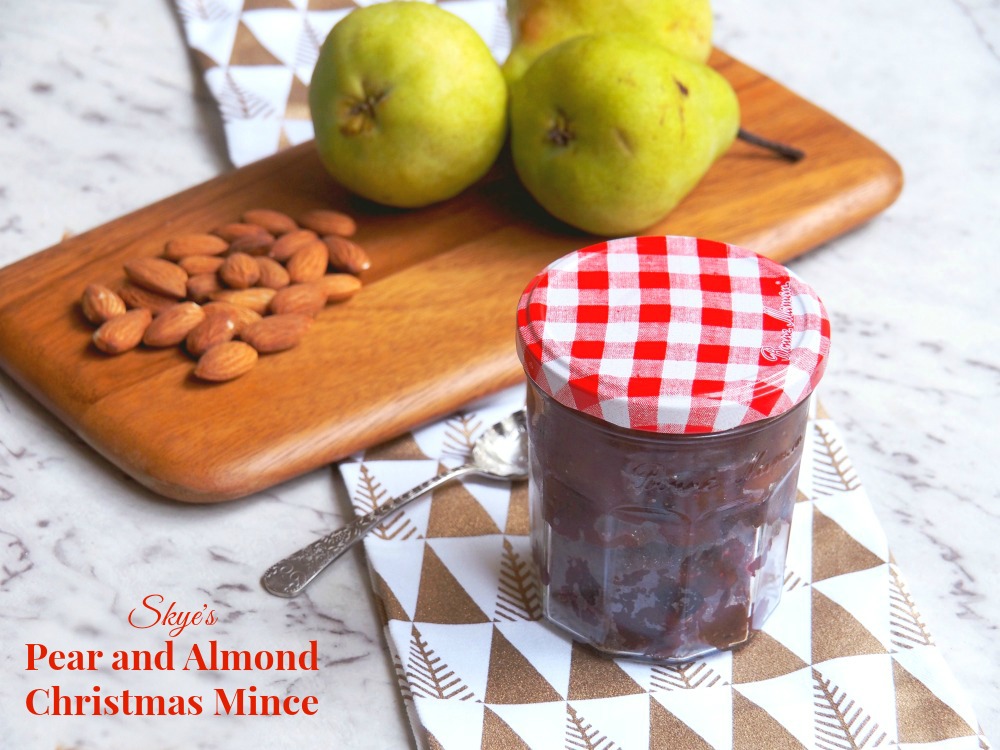 Use this delicious pear and almond mince to make all your Christmas favourites.

I am so grateful to reader Skye for this delicious recipe. It’s super simple to make in the Thermomix or on the stove top and it’s super delicious too. What’s more, as this mince is booze free, everyone can enjoy it and it’s relatively low in dried fruit so even people who aren’t fans of currants and sultanas will like this. I know because even my dried-fruit-a-phobe of a husband loves this. Although if you like your mince with some value added alcohol and a variety of dried fruit, then check out my recipe for Easy Mince Puff Pies. Just sayin’!

It’s the spices in this recipe that are the heroes of this mince because it tastes and smells just like Christmas but not in an overwhelming, pushy kind of way. Plus it keeps well in the fridge or the freezer so you can make more of your mince favourites whenever you fancy. I don’t know about you but I always fancy! In fact, this fruit mince is so yummy that I like to eat it straight from the jar! 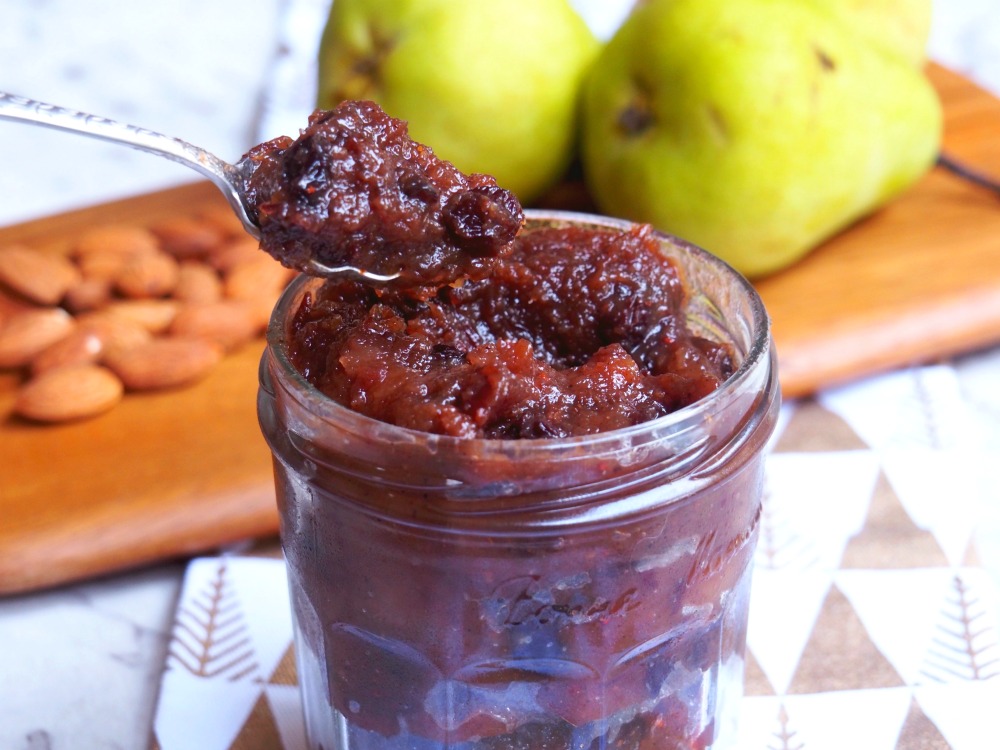 Now Skye isn’t a fan of chunky mince so she purees hers until it’s almost a paste which goes great in scrolls, slices and almond pastries. I on the other hand like my mince like me, on the chunky side, so I’ve adapted her recipe slightly for a more conventional, fruit filled texture.

It’s just perfect for pies, crumbles, slices and even flapjacks!

Are you a fan of dried fruit? What’s your favourite Christmas treat? 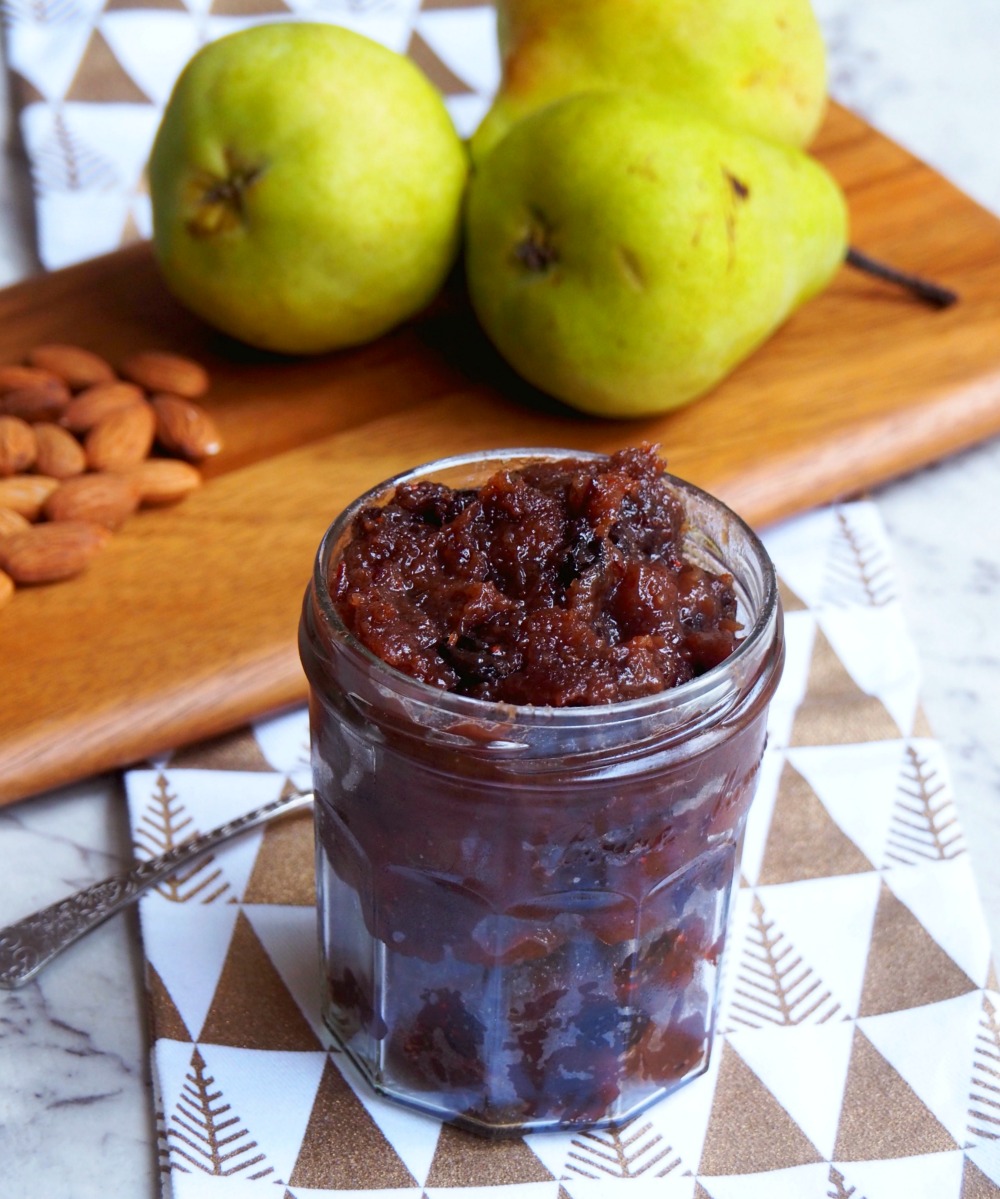 zest and juice of 1 orange

zest of 1 orange (save the juice for later) 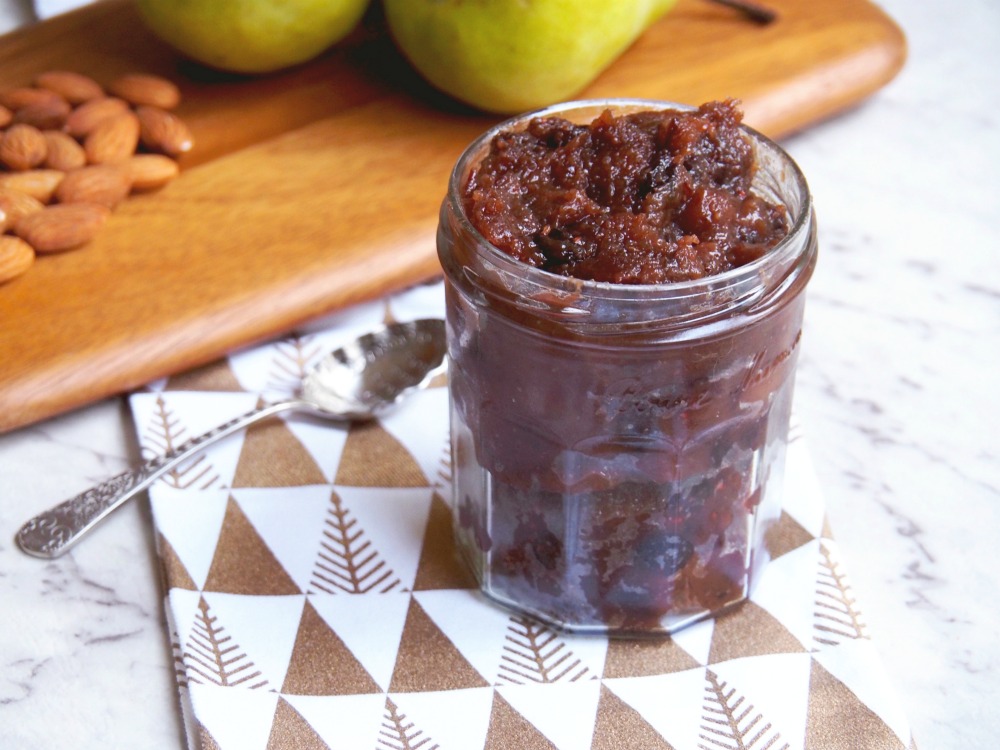