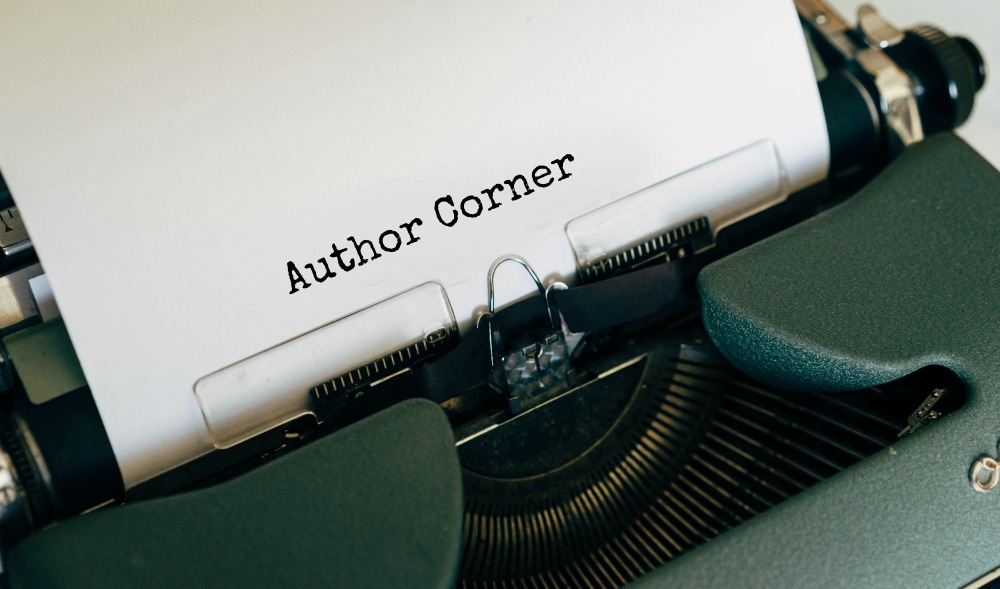 Welcome to the inaugural Author’s Corner where I get to satisfy my curiosity and pick the brains of some awesome authors.

Number 8 on my list of 101 Things to Do Version 3 was to email my favourite author and I knew it would be Mike Gayle. I never read a Mike Gayle book I didn’t like (and I’ve read a lot of Mike Gayle books.)

As I set my mind to thinking about what to write, I realised there was more that I wanted to ask than I wanted to say. I can’t helpi it,  I’m just a naturally nosey person.

So I sent Mike a list of burning questions and not only did he reply to my email, he answered all my questions too. And so ‘Author Corner’ was born. I like to think of it as a virtual bookshelf of author interviews.

Of course, I’m totally fangirling here and I’ve set the bar very high by starting with Mike but it’s like my mum  told me “if you don’t ask, you won’t get.”

As you can imagine Mike is a very busy man, not least because his new book All The Lonely People is going to hit the shelves very soon (squee!) so he kindly responded to my questions in an audio file. You should not hold Mike responsible for any of my grammar errors or over enthusiastic use of exclamation marks. I proudly own all of my mistakes!

If you want to hear more of what Mike has to say and to hear his voice for yourself, check out his weekly Facebook Live Lockdown Reading, live every Monday at 5am AEST. (That’s a tad early even for me but worry not, you can catch up at your convenience.) Mike is reading his way through his back catalogue, one chapter of each book, one week at a time with bonus audience questions. If you’ve read his books, it’s a great trip down Memory Lane and if you’re new to his work, it’s a fabulous way to familiarise yourself with a wonderful author and some new titles.

So without further ado, let me introduce you to the literary legend that is Mike Gayle. 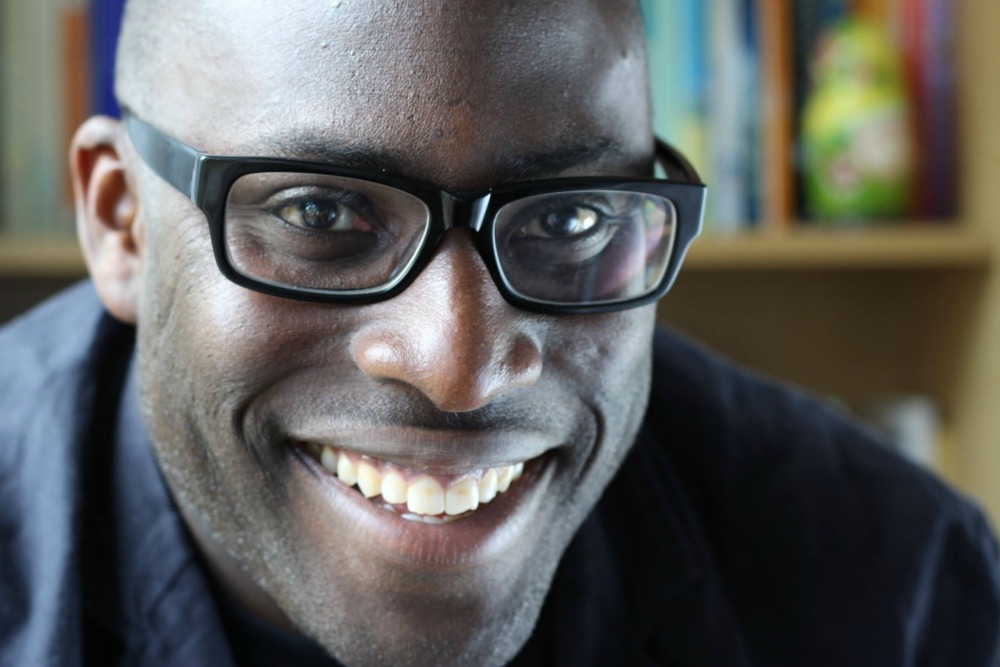 Have you always wanted to be a writer?

It was at university that I sort of discovered writing. I’d always been a reader and it had never occurred to me to actually want to write until I went to university. I wrote for the university magazine, I wrote a music fanzine as well and got to interview lots of amazing bands.

I worked for Just 17 and Bliss magazines and it was while I was working on magazines that I just thought to myself “I’m going to try my hand at writing a novel.” And that’s what happened.

If you weren’t a writer what would you be?

If I wasn’t a writer, what would I be? That is a really good question, I literally have no idea! I think it would be something creative. I suppose the thing that appeals to me, is that idea of expressing a little part of your personality. Also, it would have to be something where I didn’t have to wear a suit. I’m terrible at wearing suits!

Do you think your time as an agony uncle on the (much missed) teenage magazine Just Seventeen was a natural segue into novel writing?

I think it was… Well it was and it wasn’t. Technically speaking, I’d started my first draft of what became My Legendary Girlfriend before I started working in teen magazines when I first moved to London and was doing my Journalism course.

What writing for teen magazines told me was to always be entertaining in my writing because as an audience, teenage girls are really hard work [laughs] and if they don’t like what you’ve written they will issue a fatwa against you! 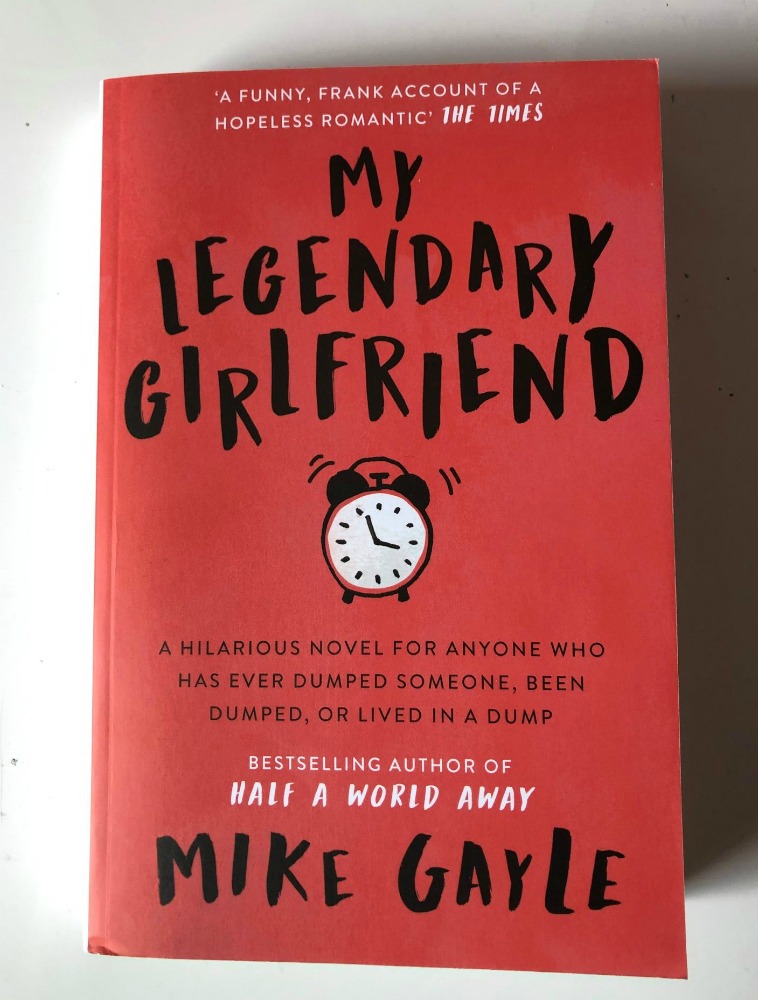 What’s your ‘writing rider?’ What do you need to get into the writing zone?

A cup of tea.  At the minute I’m just about to start writing, so I need a drink – it’s important to keep hydrated – and a computer. I have tried writing freehand and it just doesn’t work for me.

I also need silence. I’m not somebody who can do things with lots of noise going on around me. Even in my office which is always quite quiet, I still wear noise cancelling headphones. Occasionally I work in cafes because it’s nice to be out in the world a little bit but even then I still wear headphones. 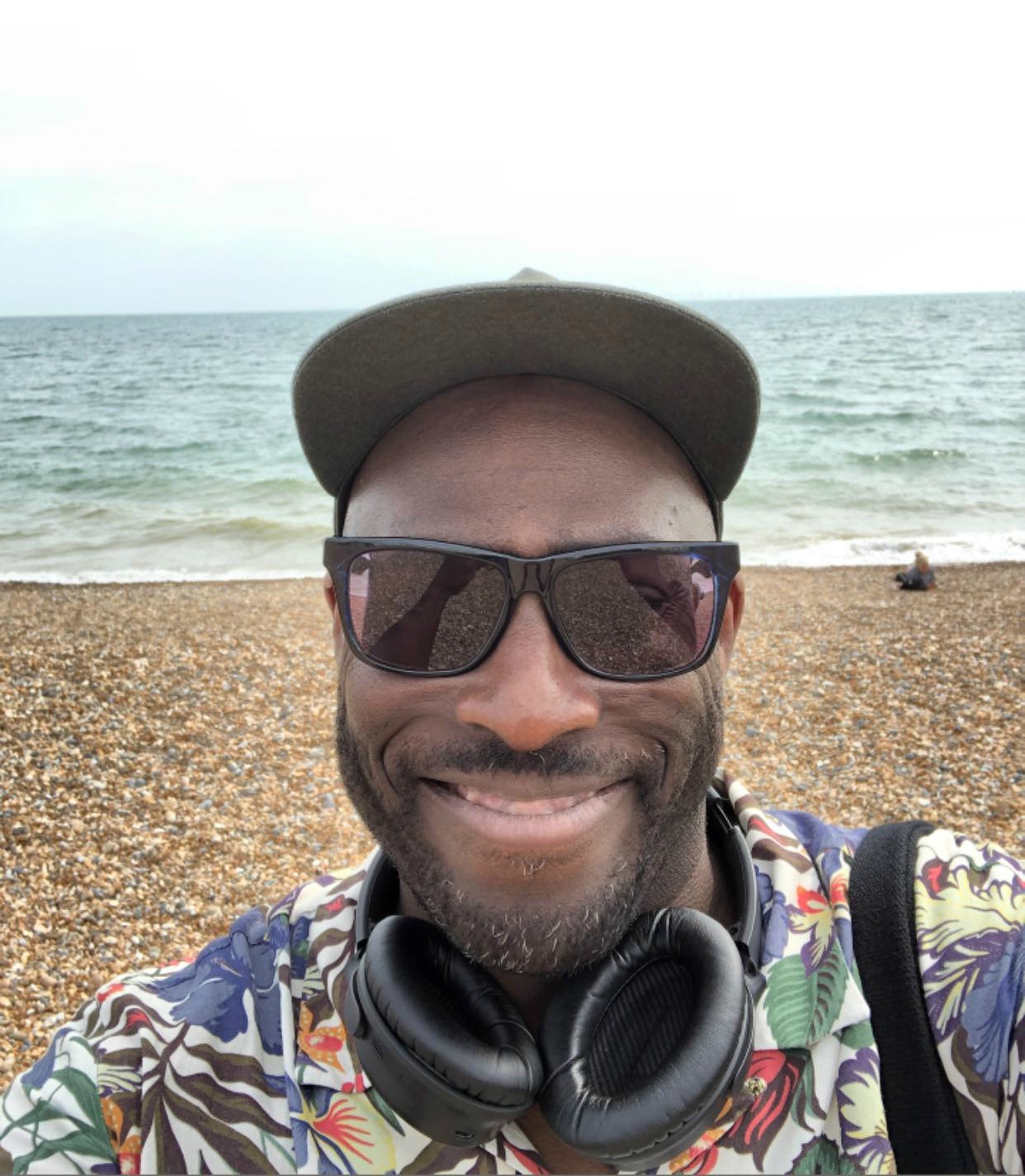 What do you like to do when you’re not writing?

When I’m not writing, I walk my dog. That is my favourite thing to do post-writing. It’s the complete opposite of sitting in front of a desk in a room and I’ll listen to podcasts or audio books and I’ve just started listening to music again which is quite nice. Basically, anything that involves not sitting in front of a computer is my favourite thing to do. 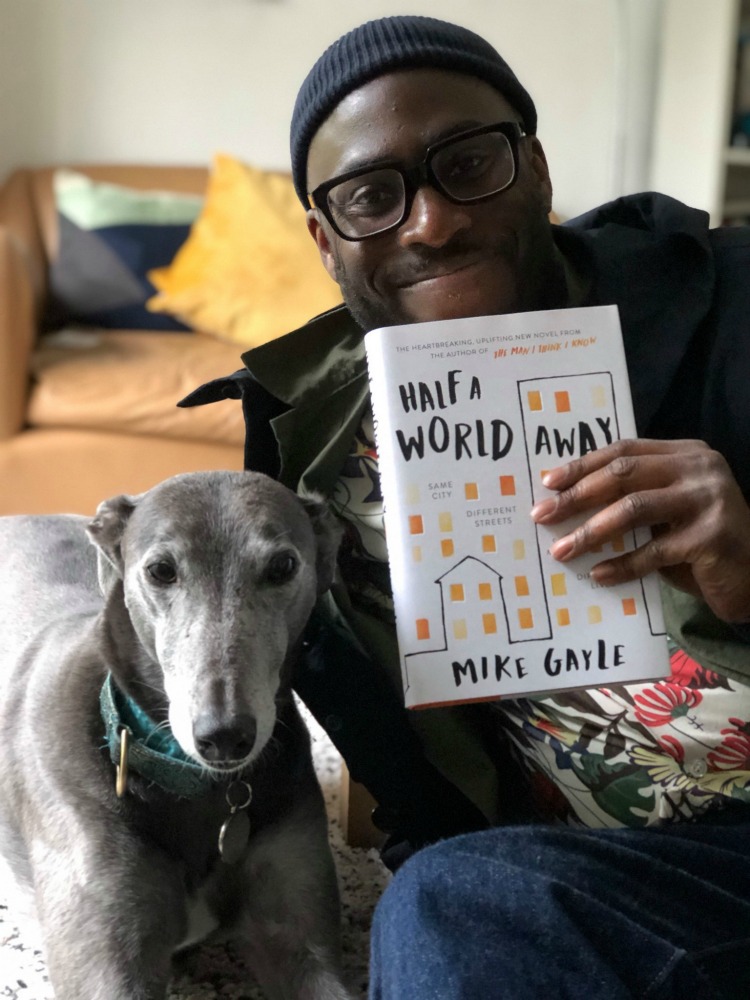 It is like asking which is my favourite child, it is! My stock answer to this question it’s always my first book My Legendary Girlfriend because it’s the one that started it all off.

I think it’s also the book that I’m currently working on mainly because you have to be really excited about the book you’re working on otherwise you wouldn’t write it. But really, all my books are my favourites. 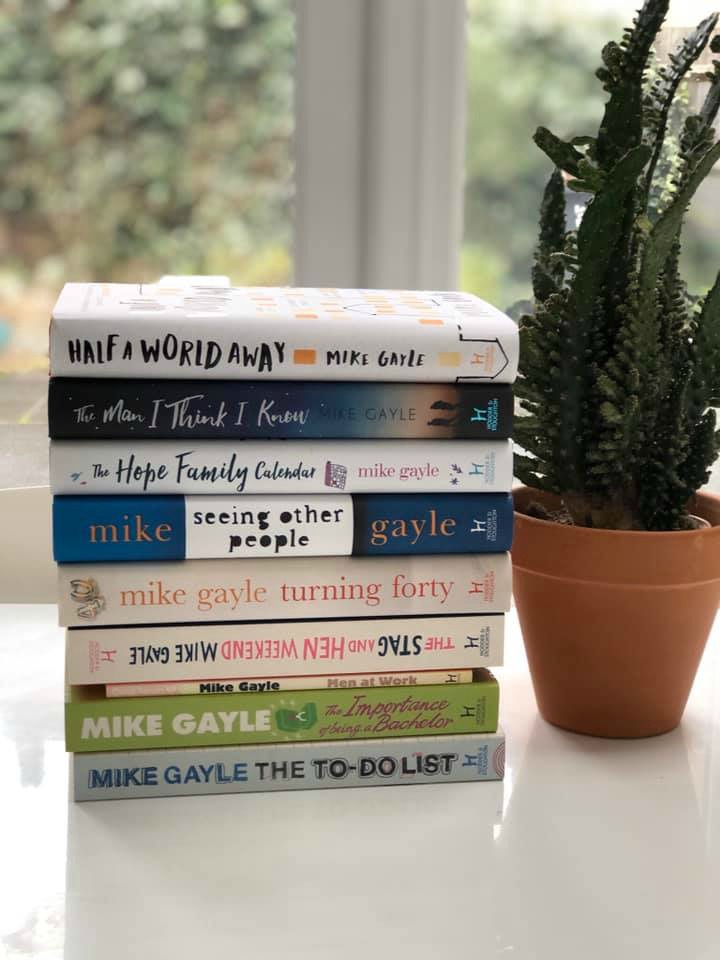 Your books give female readers a sneak peek into the male psyche and you also have a canny sense of how women think. What’s the most difficult thing about writing about female characters?

That’s a good question. I really like women and I have a lot of female friends so the psychological thing isn’t necessarily the problem. I think I have a good idea of what my friends, friends of friends and the people in my family think and the way they think.

The biggest problem I have is how to dress my female characters. I have no idea about female clothing or make up so I have in the past been reduced to looking at the Next online catalogue and putting ‘Jenny’ or one of the characters, in an an asymmetrical top and an A-line skirt because that’s what I’ve found in the catalogue! But luckily psychological things aren’t such a problem! 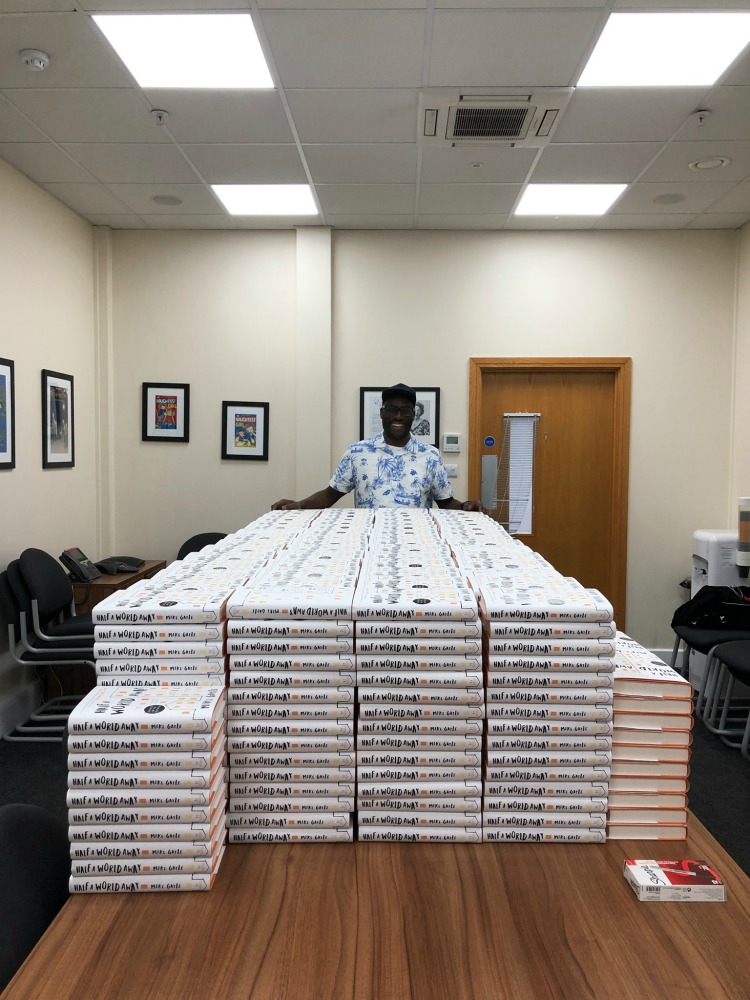 Writing to you was on my list of 101 Things in 1001 Days. In your book The To-Do List, you completed a very impressive 1,277 tasks in a year. High five! What was the most satisfying thing to tick off?

It’s the things at both extremes. It’s the things you think that will take forever and actually when you sit down and get all the instruction manuals out, you can fix them in about  ten or fifteen minutes. Those are really satisfying.

Then at the other end of the scale there are the things that you think will take absolutely forever and they do take a long time but when you get them done, oh boy, does it feel good!

Your books (especially the most recent ones) make me cry. Do you have a favourite literary tearjerker?

I think the answer to that is I don’t. I can’t think of a single book that has made me cry.

Although as I say that now, I remember being quite moved by Jude the Obscure but I was 18 and doing it for A levels so I might just have been tired. 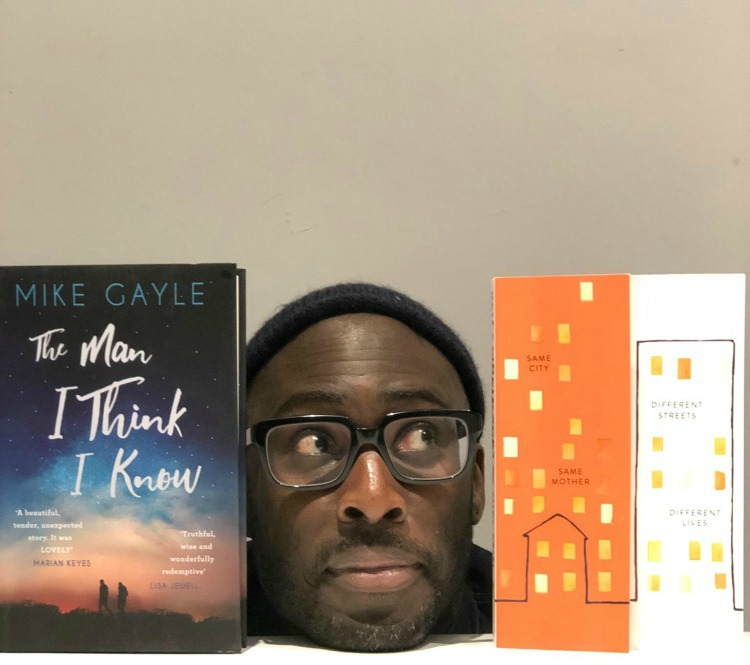 There’s a film called Orphan Train and I remember being quite moved by that but again it was a long time ago and maybe it was late at night.

Some of the Humans of New York stories are amazing and show such love, compassion and bravery. They really get you right in the gut. Those stories are probably the nearest things to a literary tearjerker I can think of.

The characters in your books stay with me long after I’ve read the last page. As an author, is it hard to leave your characters behind?

No,  it’s not actually because what I’ve discovered is that when you first meet characters they’re at the point of crisis and when you leave them, you leave them at a point of resolution. By the time I’ve finished with my characters, I feel like I’ve done what’s needed to be done.

To use an analogy, it’s a bit like finding a bird with a broken wing. You take it in, you take it to the vet and get it’s wing fixed, you feed it up, get it’s strength up and then you let it go. The point is not to keep the bird with you but to let it go out into the world and that’s the way I feel about my characters.  I get them to the point of resolution and they’re free to go. 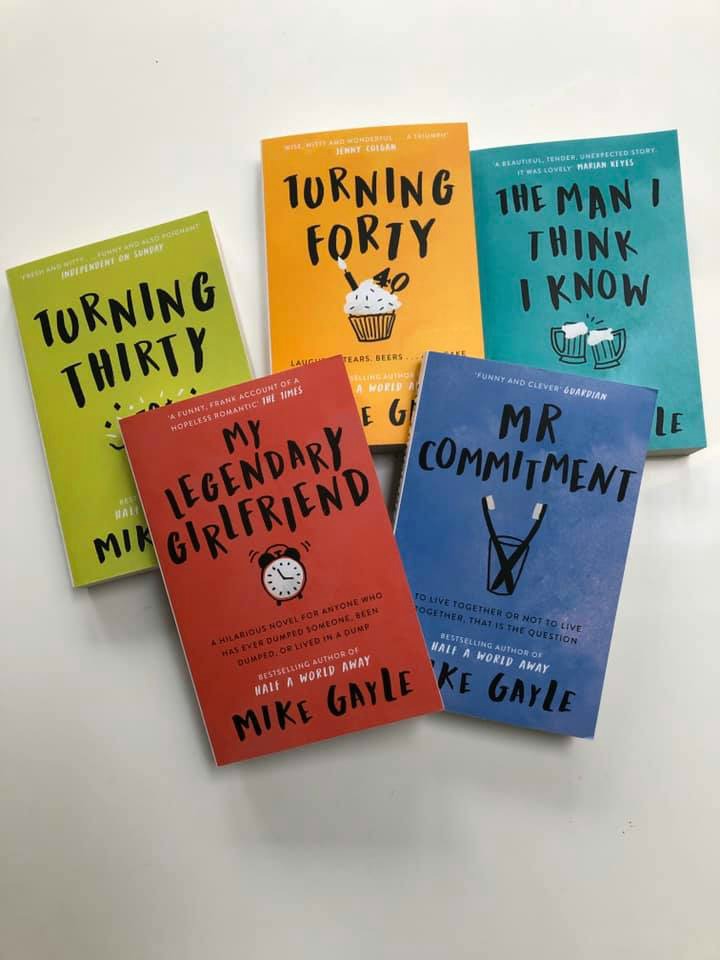 And finally, what’s next?

Well, what’s next is my new book and it’s called All The Lonely People. It’s about loneliness and an old man who has cut himself off from the world. It’s the story of why and how he became cut off and how he manages to turn his life round again. 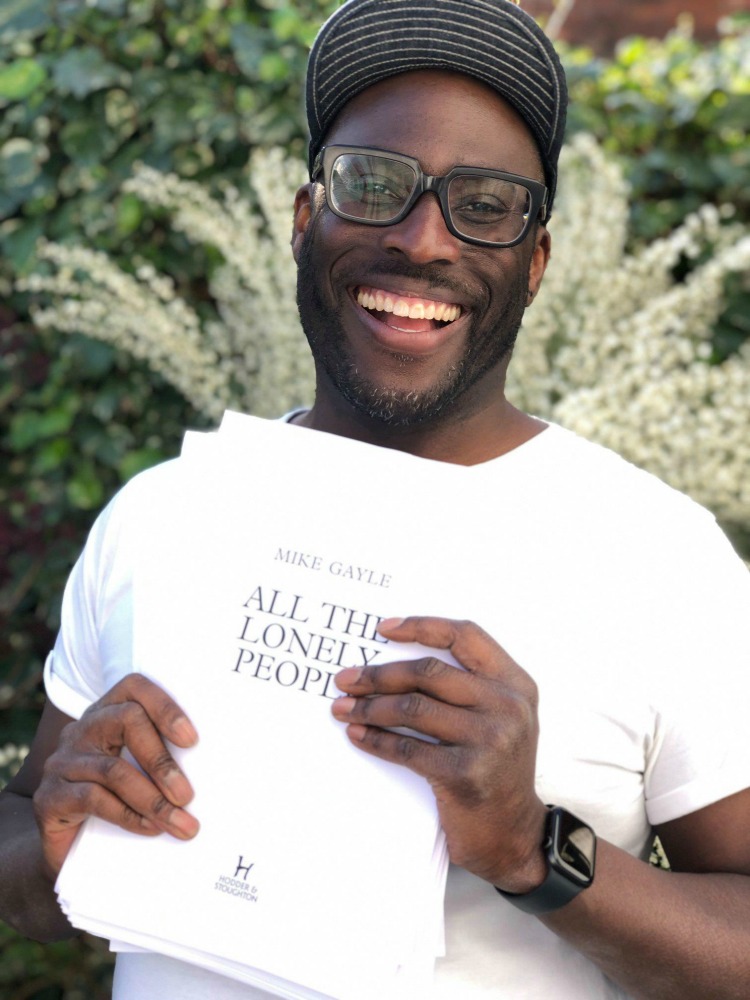 Check out his back catalogue

Pre-order his new book All The Lonely People

Have you read any of Mike’s books? Have you ever written to an author? What question would you ask your favourite author?