Running makes me happy. It’s changed my life. A lot.  And all, for the better. In fact, I’d go so far as to say, that along with my thyroidectomy, it probably saved my life. While my surgery took care of my physical wellbeing, running helped me keep body and  soul together. Hell,  it was cheaper than therapy!

But you know I wasn’t born to run. When I met David he was a lean, mean running machine, and I… wasn’t. I am just not aerodynamically designed to run. That was my theory, and I was enthusiastically putting it into practice.

When I came to Australia everything changed.  Ironically, I was the heaviest I had ever been but I started off with baby steps, literally, on the treadmill. I still remember glowing with pride when I completed my first 2 minute “run” at 8.5km an hour. The more I ran, the more I liked it and suprisingly, the less I sucked at it!

When David took me on my first outside run around the hills of North Sydney, I thought I would surely die. But I didn’t. I carried on running. I could hardly believe it but I was becoming addicted to running. I just couldn’t get enough. 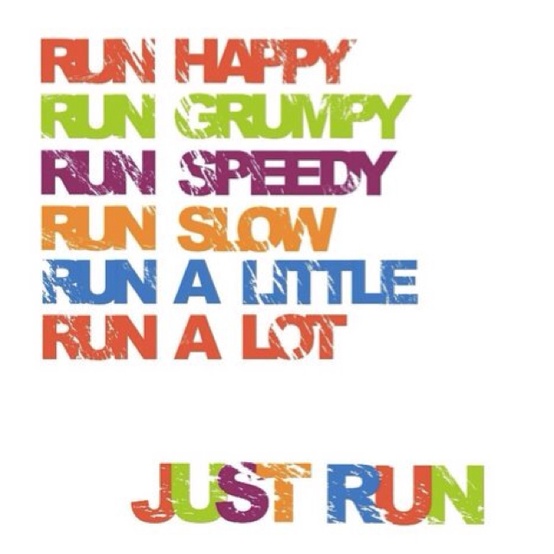 In September 2010, I took part in the 9km Bridge Run. A year before, I could bearly run for a bus, let alone 9km, and not only did I finish the course, but I ran a personal best. After that I was unstoppable and entered fun runs like they were going out of  fashion. Here I am, inbetween Cancers taking part in my first Mothers Day Classic and raising funds for Breast Cancer. 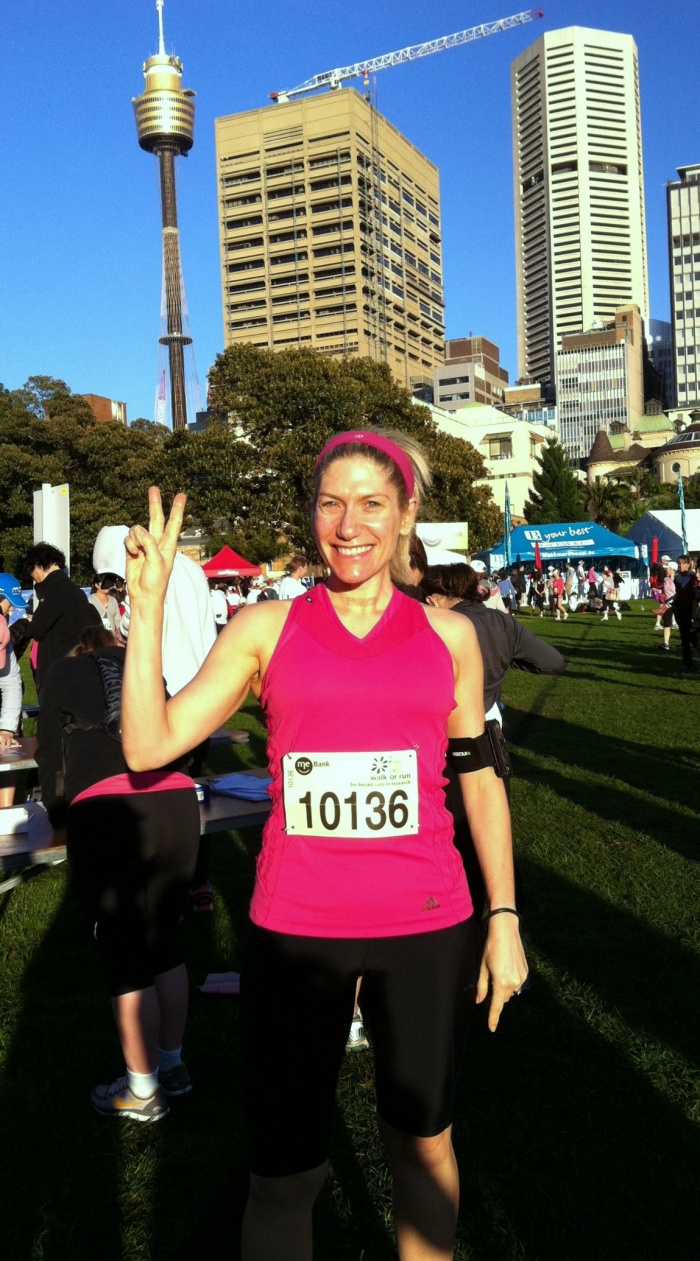 The thing I love about running is not just  what it does for my body, but what it does for my mind. Running sets your mind and your body free. When I’m running, it’s almost like I’m mediatating. The sense of freedom is unreal. When I’m running, there’s no problem I can’t solve, no worry I can’t work out and no mental mountain I can’t climb. The endorphin explosion is mind blowingly good. It doesn’t matter how bad I feel when I leave, I always finish up feeling on top of the world. For me,  it’s like meditation on the move!

Running lets me see the world clearly, simply and beautifully. It makes me so happy. I kept on running before, during and after Cancer and it brought brightness to even the darkest days. In fact, the thing I was most anxious about after my surgery and during my treatment was my running hiatus. Returning to running was the carrot on the stick that kept me going. Here I am taking part in my second Sun Run 3 months after my thyroidectomy. I felt on top of the world! 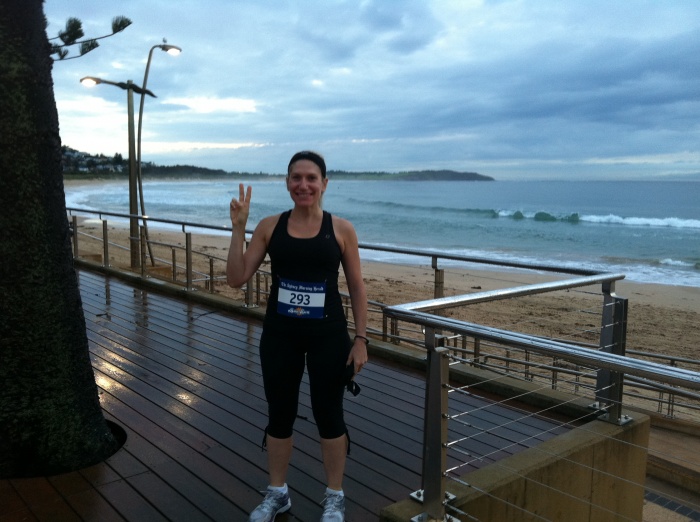 The runaway (excuse the pun,) highlight was finishing my first half marathon last year, 11 months after my thyroidectomy. Not only did I complete the course and  run a personal best but I also raised $2000 for the Kolling Foundation. Read all about that here. 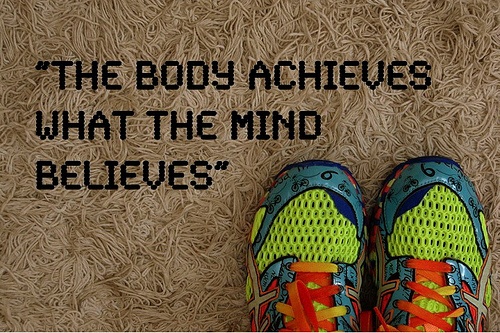 I have got the running bug real bad. Last week I did the 5km Colour Run for MS – read all about that here. This weekend I’m taking part in the 7km Sun Run. I reckon that if I can finish one half marathon, I can finish another, so in April, I am Canberra bound to run rings totalling 22km  round the capital city! In May, it will be my third Mother’s Day Classic and hopefully, I can squeeze in another Nike She Run somewhere in there too! She Runs the Night was totally awesome! I want to keep on track and keep on running towards my goal – the Disneyland Half Marathon 2014. Everyone needs a purpose! 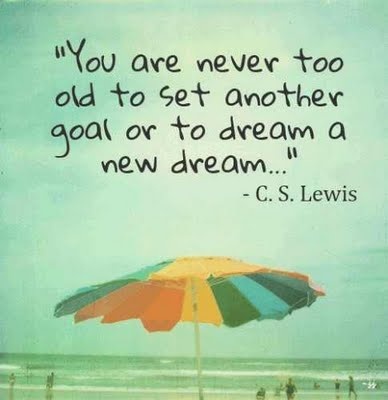 I’m keeping it real. I’m not fast, I’m not breaking any records (except my own) but I’m still lapping everyone sitting on the couch (hint, hint  dear husband!) I won’t be able to run forever. But I will run while I can and I make the most of it. And for that I am thankful! 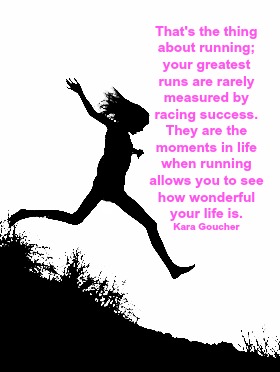 Have you also caught the running bug? Hey, running isn’t for everybody, as my mum says “it’s horses for courses!” What do you do that makes you happy? I’d love to hear all about it! The important thing to remember is to do something you enjoy! If you love it, just do it!