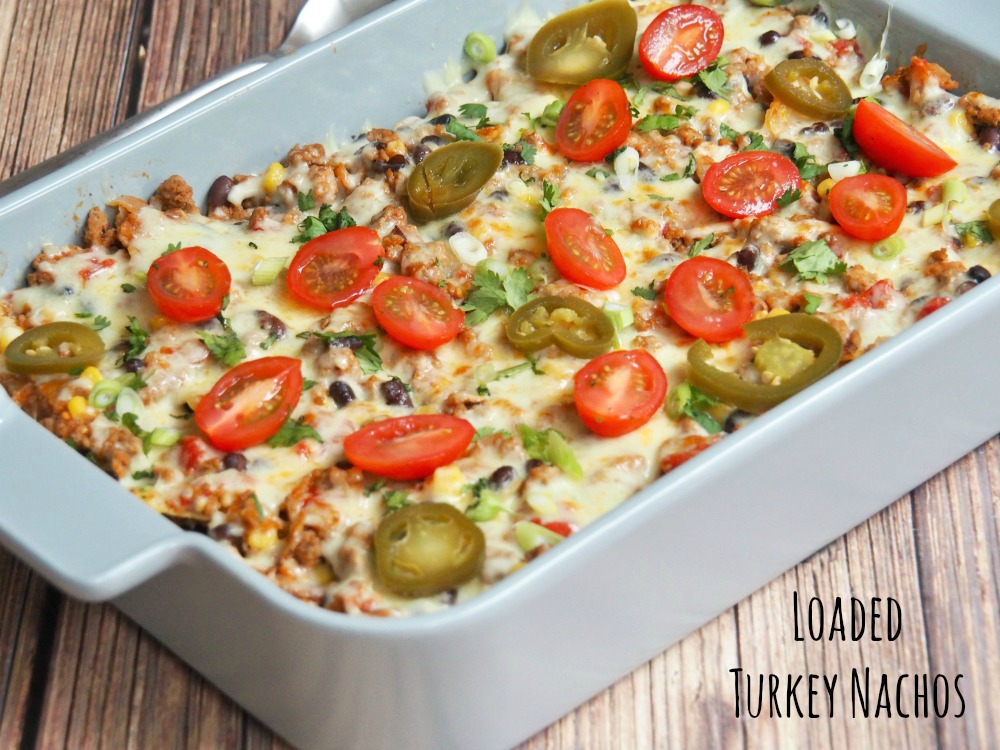 If you like nachos, you’ll love this delicious twist with turkey mince.

I have to thank Teddy Roosevelt for this recipe. You see, for the first few months of his life he had what seemed like the world’s most sensitive tummy and one of the few things that could settle it down was turkey mince and pumpkin. For this reason, I always had a packet of turkey mince in the freezer.

Now that Teddy has a (relatively) cast iron stomach, the hound had no need to eat the turkey mince but the hoomans in the house hated to see it go to waste. I did consider making these Caesar Turkey Burgers, these Turkey Burgers with Cranberry Onions or this super tasty Turkey, Pesto and Ricotta Lasagne but I really wanted to try something new. 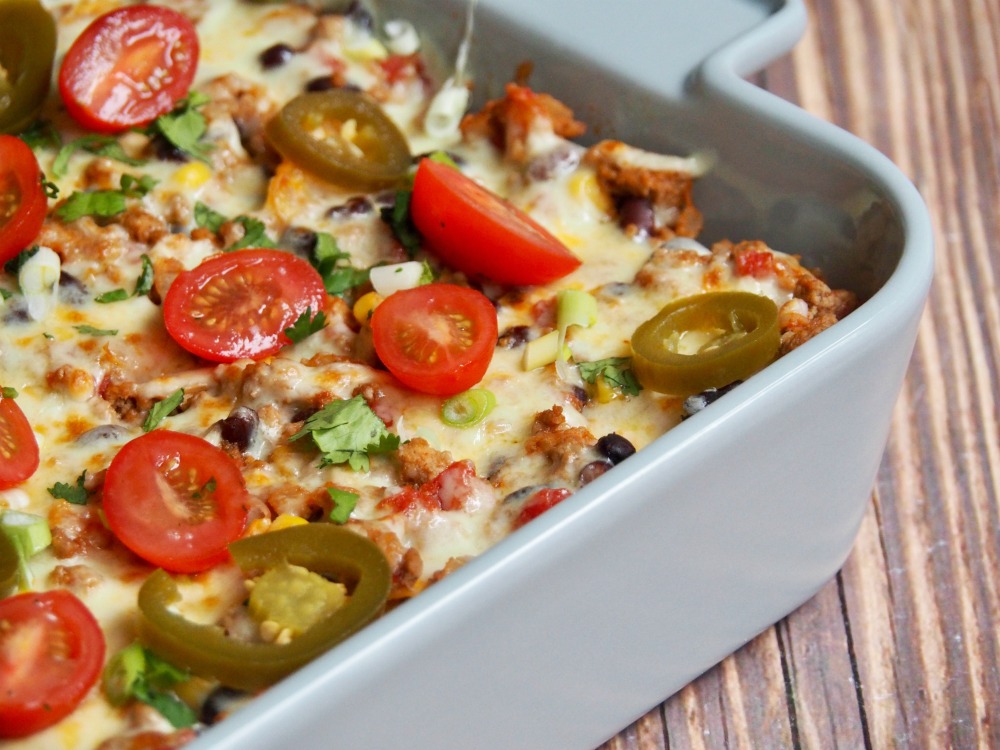 These nachos actually had many incarnations. First we tried making it as a pie and topping it off with tortillas. The result was tasty but soggy. Sticking with the pie idea, we then topped it with tortilla chips which was good but we still felt that this chilli lent itself best to a nachos situation, so here we are! 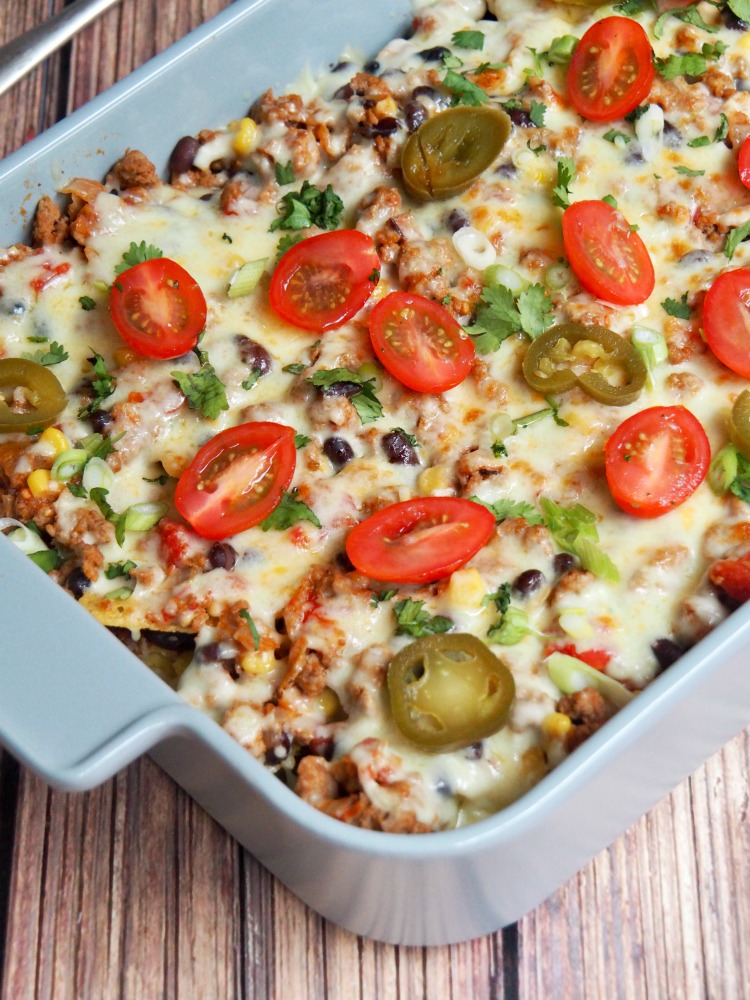 While fine tuning this recipe, I had a bit of a kitchen disaster. I’d cooked and added the garnishes and was carrying the dish outside to the balcony (my al fresco photo studio) when I tripped and dropped the dish smashing my favourite bakeware and depositing the contents of our dinner all over the balcony. I could have cried but mostly because I was hangry and it smelled so delicious. 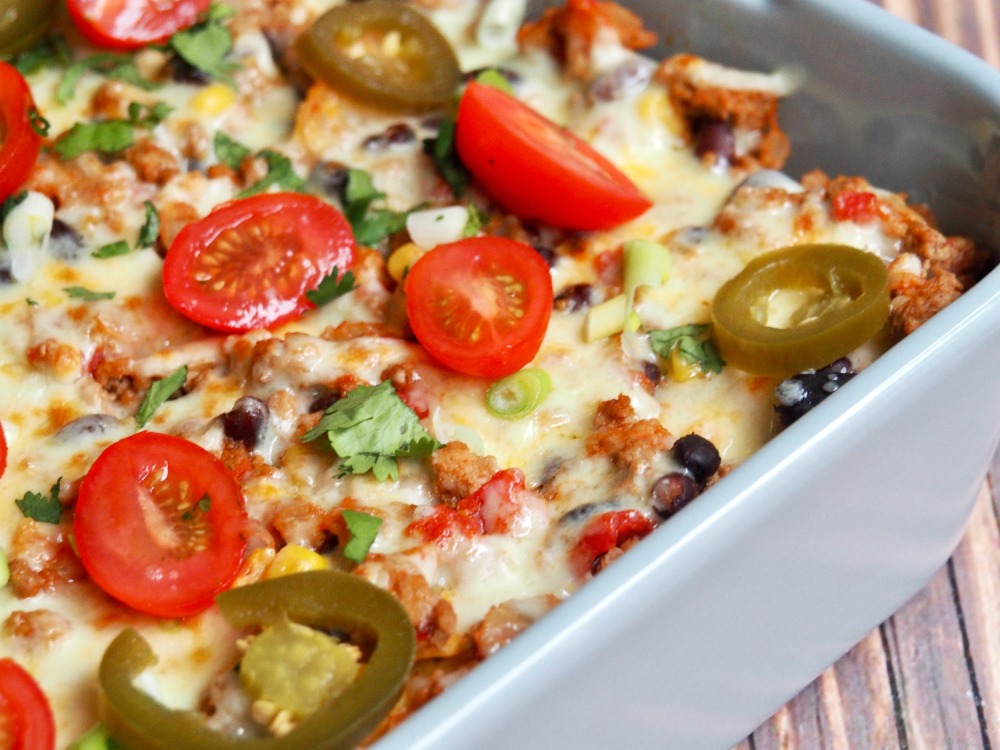 I hated wasting all that food, time and energy but on the flip side, I got to tweak the recipe one last time to achieve nacho perfection, if I do say so myself!

Using the turkey mince definitely makes this dish healthier although admittedly, this is cancelled out by the lorry load of cheese. I can’t help that because I come from the school of thought that always thinks “More Cheese Please!”

If you are looking for a lighter alternative, you can skip the cheese and the grilling altogether and finish these off with some quality Greek yoghurt and your favourite garnishes instead. 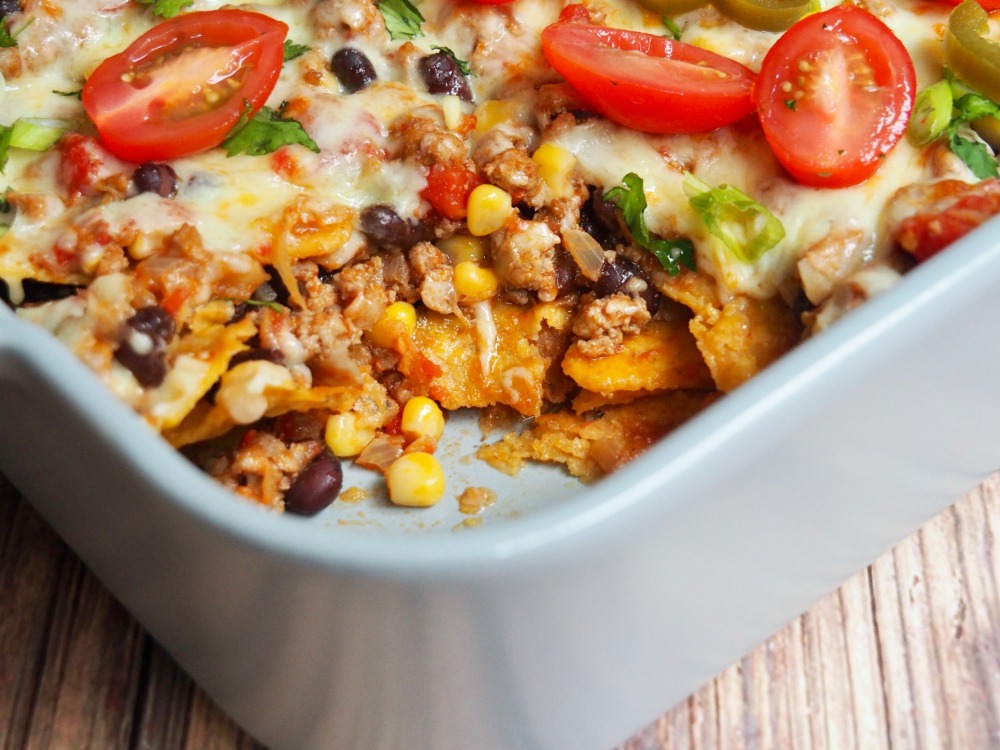 As for the garnishes, the possibilities are almost endless. I like to keep it fresh and simple with tomatoes, jalapenos, spring onions and some coriander but take your pick of the mix!

Have you ever had a kitchen disaster? Are you a hell yes or a hard no to cheese? 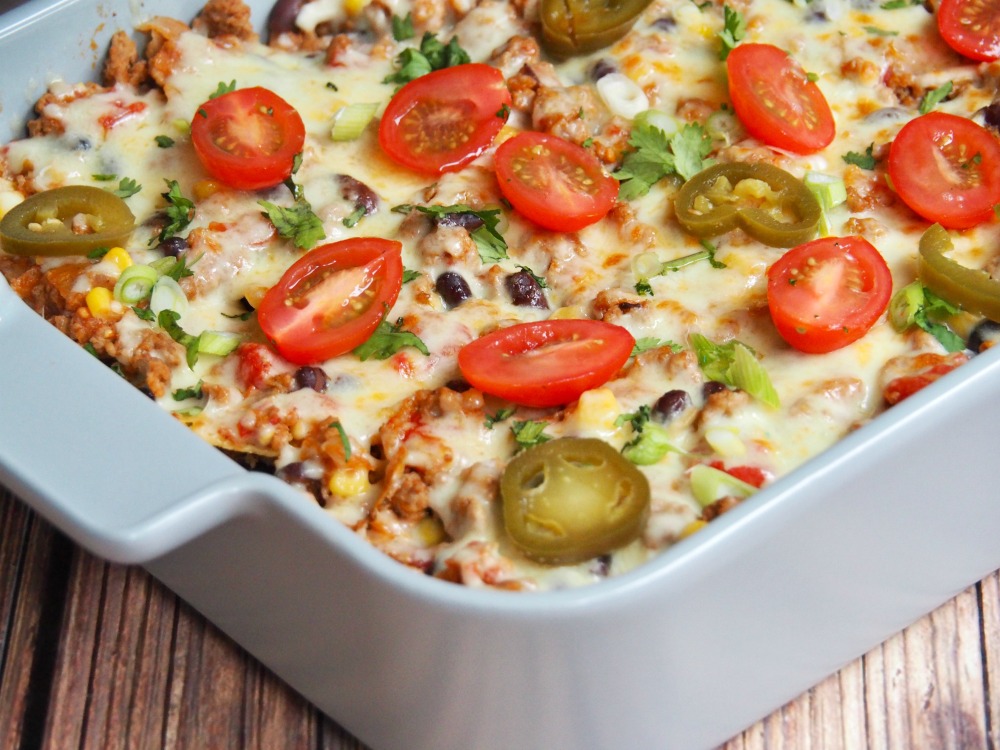 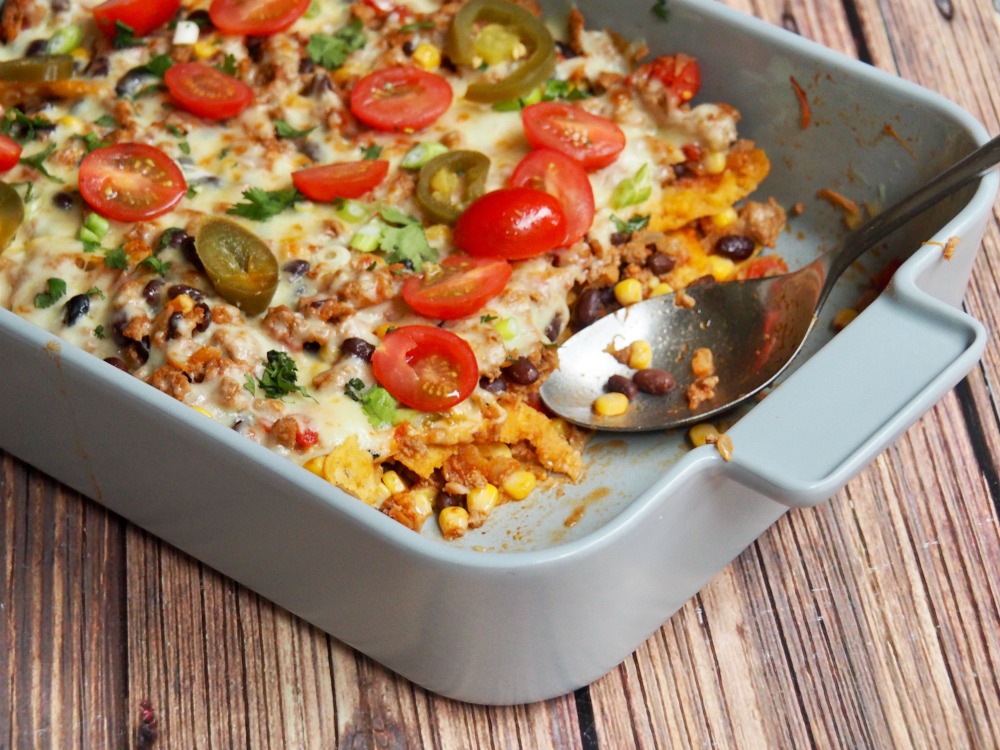 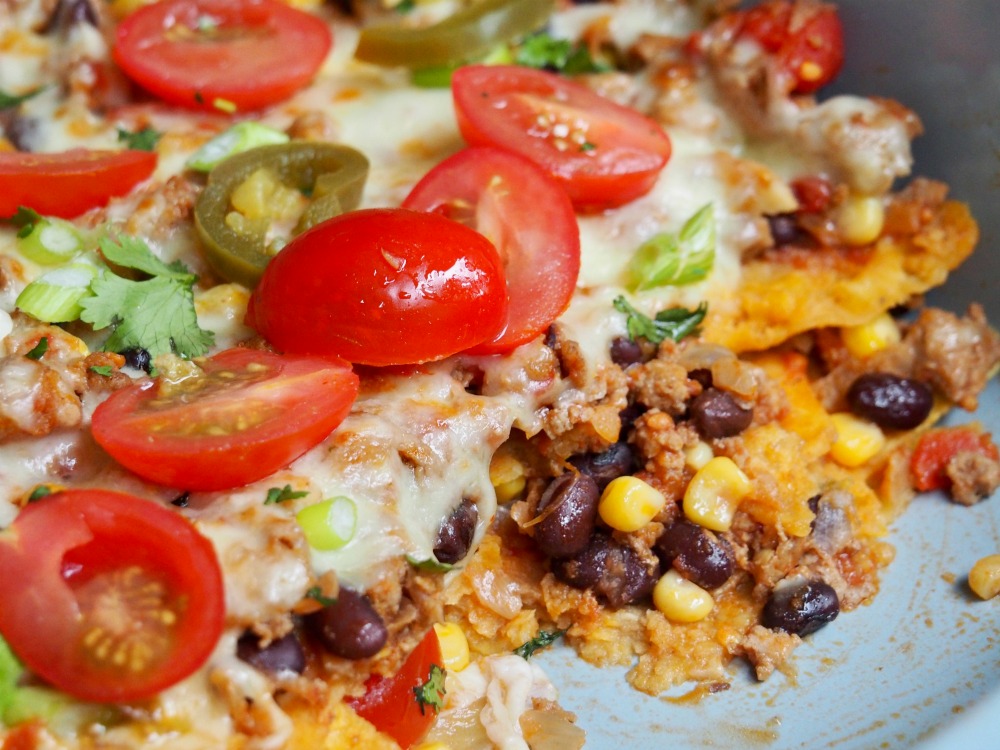