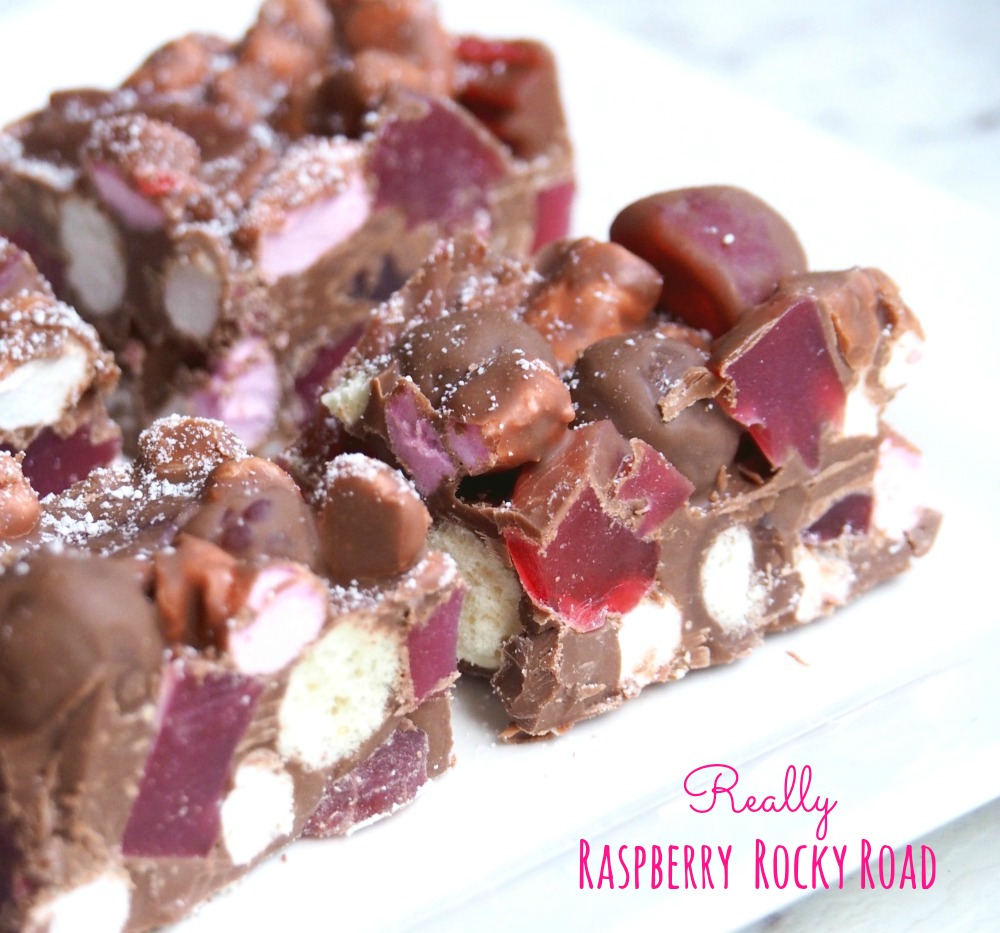 This raspberry rocky road is crunchy, chewy and berry delicious!

Can you believe I hadn’t so much as tasted rocky road before I came to Australia? I have however made up for lost time. When I lived in the UK and came to Australia on holidays I would always buy some rocky road from Darrell Lea to take home but once I moved down under for good and Darrell Lea shut up shop, I started to make my own rocky road and once I started I couldn’t stop! First there was Tracey’s Rocky Road, then there was the White Chocolate and Raspberry Rocky Road  and let’s not forget the Festive Rocky Road Rings all of which are my Christmas (and all year round) favourites. I like to cover my festival bases so I added this Fully Loaded Easter Rocky Road too and for something different, this Peanut Butter and Banana version too. As you can see, I don’t think there is such a thing as too much Rocky Road which is why I am here with a new recipe! 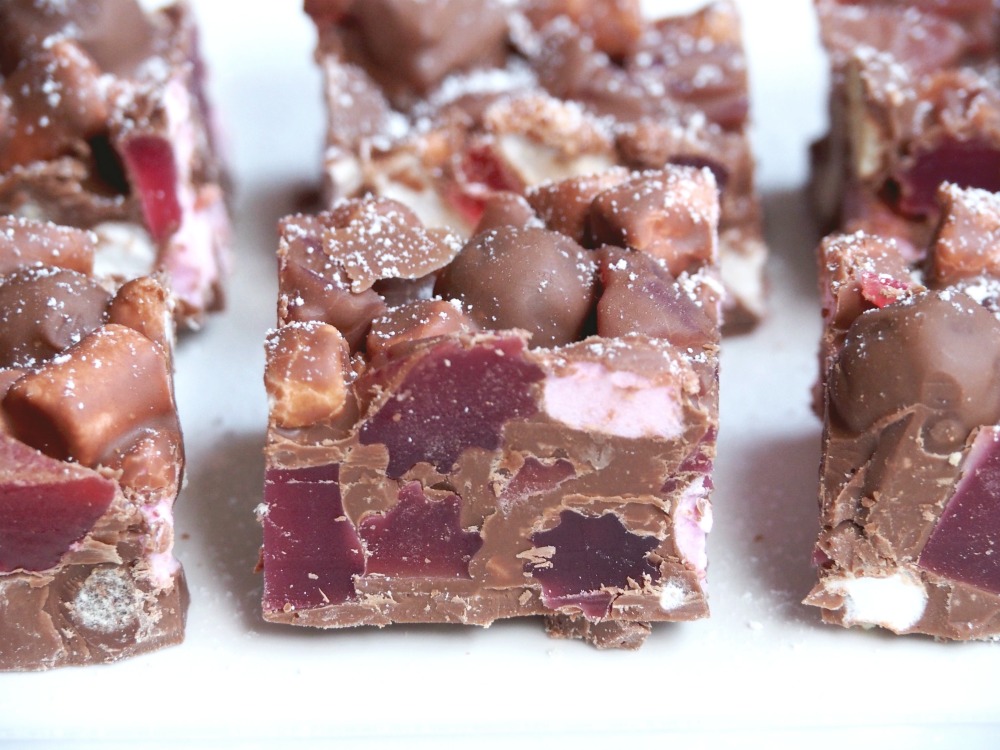 Truth be told, I made a batch of this to gift to people last Christmas but it was so delicious I ended up keeping most of it myself because it was so delicious I couldn’t bear to part with it. However, in the spirit of Christmas and recipe testing, I had to make another batch which was such a hardship, not! Especially because I consumed all the offcuts (and I made sure there were a lot of offcuts!) I gave some to the site manager Wayne, who said it was so delicious he had to leave it in his work fridge because if he took it home, he would inhale it in one sitting. 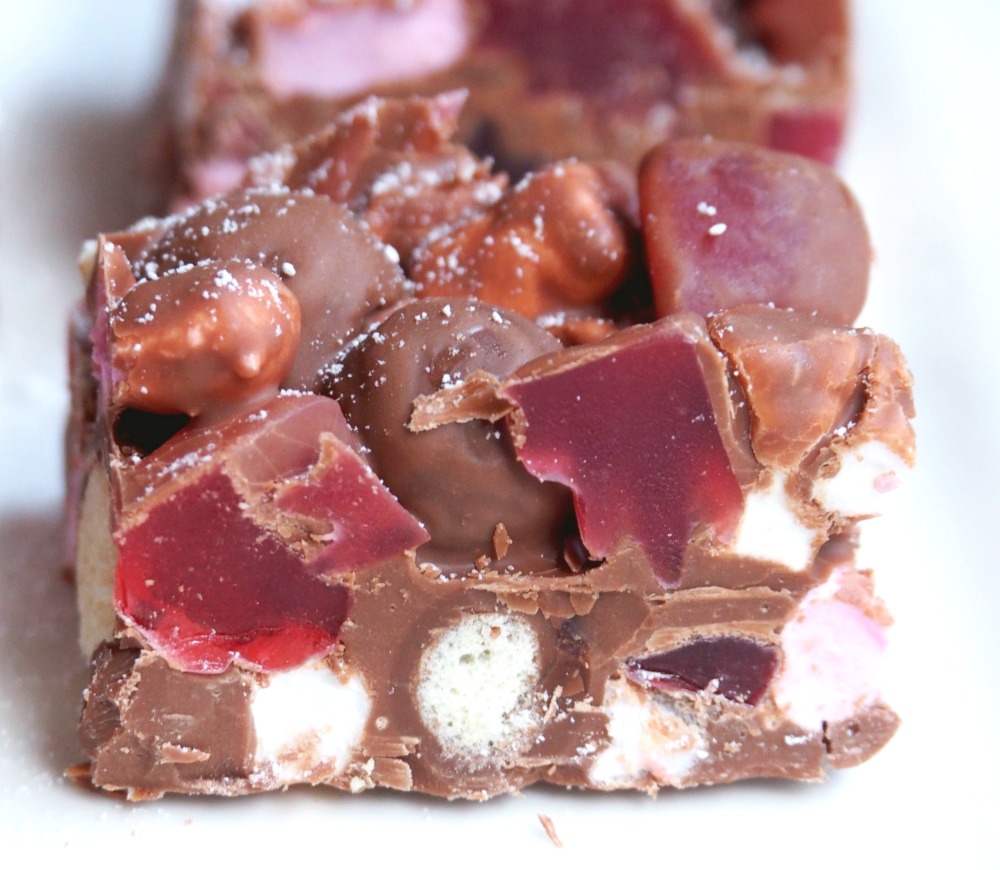 So I must tell you friends that really this rocky road needs to come with a warning because it is utterly delicious and totally addictive. It’s impossible to stop at one piece.

Although this is a great gift to give at Christmas, this rocky road is for life, not just for Christmas!

Are you an all or nothing kind of person? Are you a fan of rocky road too? 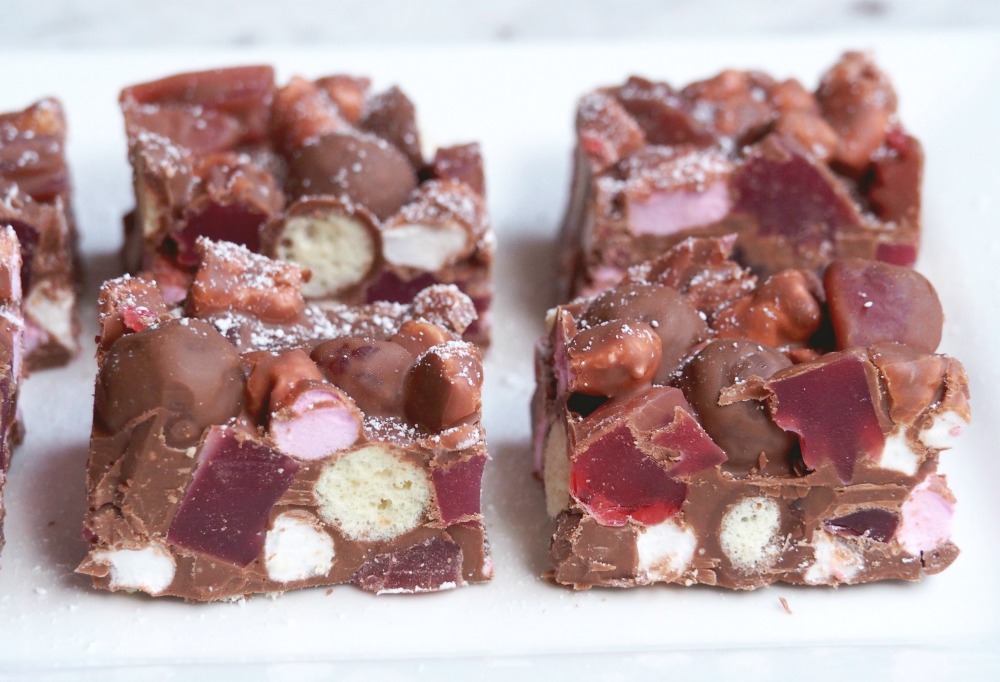 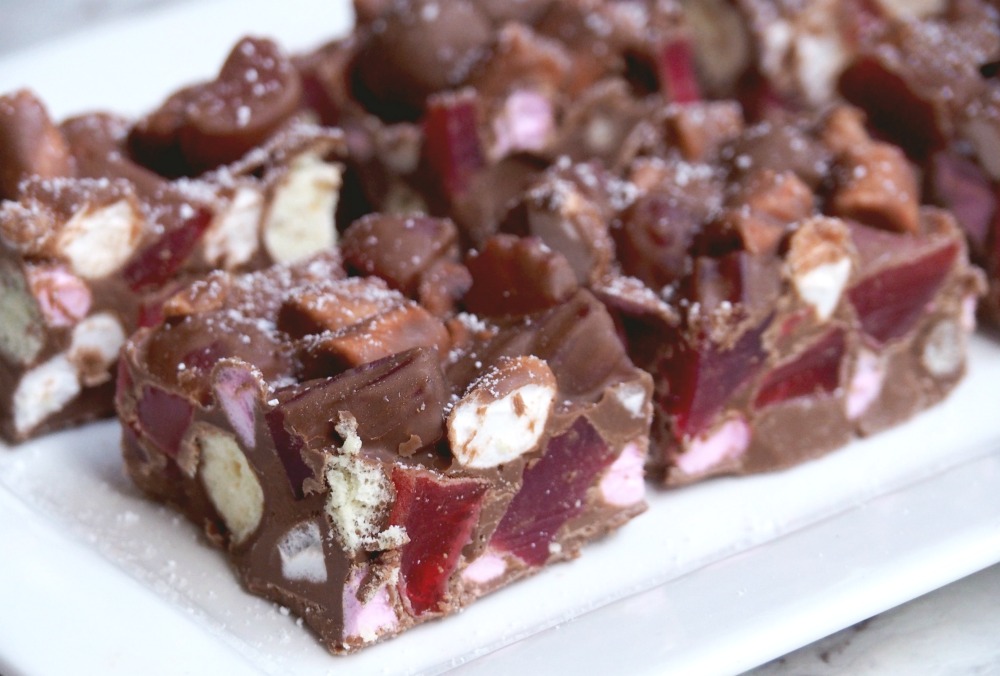 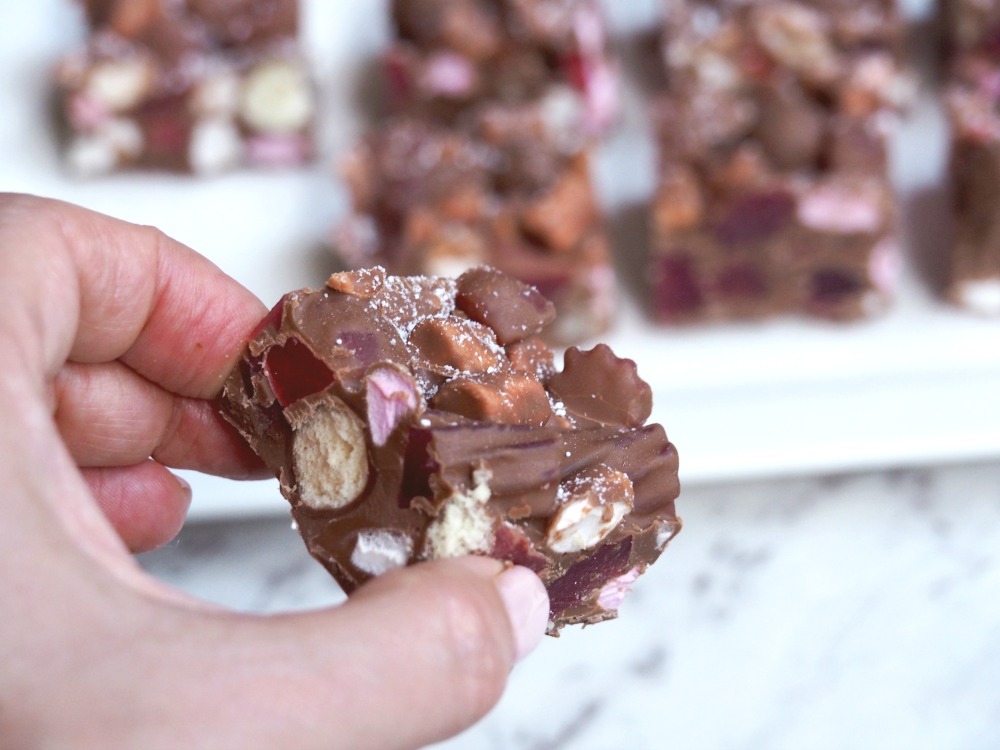